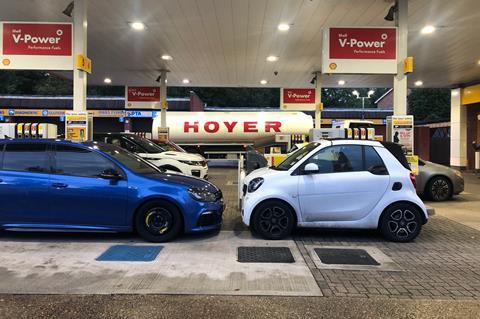 Latest government statistics show fuel sales were 80% up on the first day of panic buying compared with the previous day and stock levels at fuel filling stations plummeted.

Sales figures released by the Department for Business, Energy & Industrial Strategy (BEIS) show the average petrol filling station sold 20,131 litres on Thursday September 23 and this rocketed to 35,937 litres the following day while average deliveries for the two days were 17,560 litres and 17,740 litres.

Tuesday was the first day of the crisis when deliveries outpaced sales with 20,888 litres sold and 22,732 litres delivered – the highest one-day figure for deliveries since the report began in January 2020. For all subsequent days until the figures end on Sunday October 3 deliveries were greater than sales.

Even with the surge towards the end of the month figures for the past four weeks show overall sales were only fractionally above the four-week average before the pandemic (17,780 litres versus 17,740 litres). Sales the previous month had been 90.8% of pre-pandemic levels.

Average stock levels over the same period were 32% compared with the pre-pandemic average of 43%.