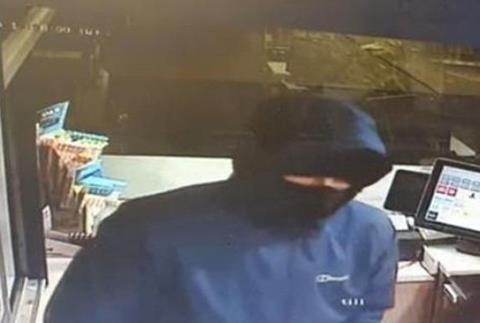 West Midlands Police have released a photograph of a suspect who robbed a forecourt shop in Coseley, armed with a knife.

A masked and hooded man threatened forecourt staff with a knife before taking cash from the till and cigarettes from behind the counter. The police confirm he then got into a vehicle which sped from the scene at about 7.50pm.

Police have retrieved CCTV footage from the scene and are asking anyone who was in the area and has dashcam footage from that evening to get in touch, either via live chat at west-midlands.police.uk, or call 101 quoting 20/1882220/21.

Alternatively, to remain anonymous, speak to independent charity Crimestoppers on 0800 555111.