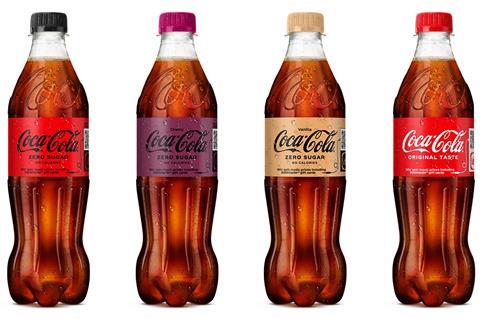 Coca-Cola Europacific Partners (CCEP) has announced a new on-pack promotion for Coca-Cola Zero Sugar and Coca-Cola Original Taste where music lovers can scan QR codes on promotional packs for a chance to access instant wins and enter weekly prize draws – with a host of prizes up for grabs, including tickets to top festivals, Ticketmaster gift cards, music subscriptions and other music merchandise.

The promotion is running across Coca-Cola Zero Sugar and Coca-Cola Original Taste 250ml and 330ml cans and 500ml PET bottles until August 31.