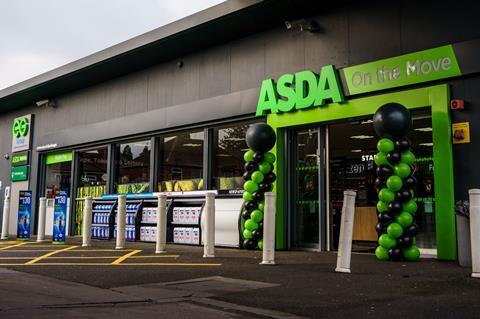 EG Group is now aiming to demolish at least six of its petrol filling stations to make way for Asda convenience stores or foodservice developments after it won planning permission for a scheme in Poole, Dorset.

The company will be allowed to demolish its Esso Highland filling station and 120sq m convenience store at Ashley Road in Poole and replace it with a 250sq m standalone Asda on the Move.

Already this year EG Group has applied for planning permission to demolish two filling station sites in Sunderland, two in Glasgow and one in Liverpool, replacing them all with Asda on the Move stores except in the case of Barnes Filling Station and Spar store in Sunderland, which it wants to replace with a KFC restaurant with drive-thru facilities.

A planning statement by Asbri Planning, which also supplied documents for the Sunderland and Liverpool schemes, uses identical wording to justify the scheme in Poole.

It states: “The existing PFS is underperforming. EG Group, a market leader in the provision of fuel sale throughout the UK are seeking an alternative use in order to avoid the prospect of a long-term vacancy at the site.

As with the plans in Liverpool and Glasgow it states that the Asda store will operate around the clock.

The scheme also includes parking for 16 vehicles and will include three spaces with charging points.

EG Group and Asda are separate companies, but EG Group’s owners bought Asda late last year. They have since been working closely together on plans to roll out Asda on the Move stores, but so far they have been on sites that have continued to trade as petrol filling stations.