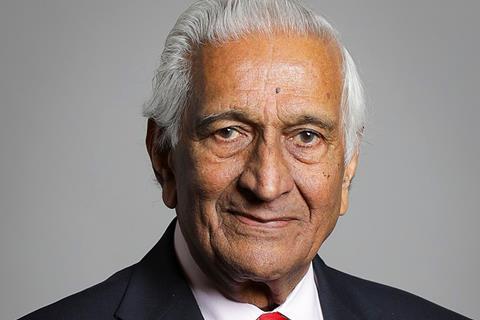 Lord Patel, chair of the Lords Science and Technology Committee

The UK’s EV battery industry is being let down because of failures by the government, according to a report by the House of Lords cross-party Science and Technology Select Committee.

The report concludes that actions taken by the government do not align with its ambition to achieve net zero emissions, nor do they take advantage of opportunities presented by batteries and fuel cells for the UK’s research and manufacturing sectors.

The committee was alarmed by the contrast and apparent disconnect between the optimism of ministers about the UK’s prospects, and the concerns raised by other witnesses who fear that the UK is lagging behind its competitors and facing significant challenges with innovation, supply chains and skills.

The committee set out a number of recommendations for the government and research funders, aimed at protecting the UK’s automotive sector and developing a competitive advantage for the UK in fuel cells and next-generation batteries.

The report seeks further action from government, including:

Commenting on the report, Lord Patel, chair of the Lords Science and Technology Committee, said: “The committee found that the government’s ambition to reach net zero emissions is not matched by its actions. The government must align its actions and rhetoric in order to take advantage of the great opportunity presented by batteries and fuel cells for UK research and manufacturing.

“The government must act now to avoid the risk of the UK not only losing its existing automotive industry, but also losing the opportunity for global leadership in fuel cells and next-generation batteries. The government must develop a coherent successor to the industrial strategy and promote its objectives clearly, both domestically and internationally, supported by investments commensurate with those of the UK’s international competitors.”