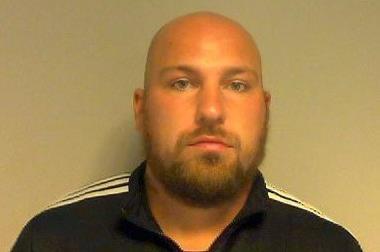 A man who attacked a fellow customer at a petrol filling station leaving him unconscious has been jailed.

He pleaded guilty to the grievous bodily harm with intent at his remand hearing on 16 August.

At around 11.30pm on 10 August this year, Cresswell punched the victim, a man aged 40, at the BP petrol station on Oxford Road in Reading, following a verbal dispute.

Cresswell fled the scene, leaving the victim unconscious. The victim suffered serious injuries and was taken to the John Radcliffe Hospital. He has since been discharged.

Cresswell was arrested on 15 August and charged the following day.

Investigating officer detective constable Dominique Roe, of local CID at Reading police station, said: “This was a vicious assault on an innocent man who suffered significant injuries as a result.

“Thames Valley Police will always investigate reports such as this extremely seriously, and work hard to bring offenders to justice.

“We hope that this sentence reflects the seriousness of these types of crimes.

“I would like to pay tribute to the victim in this case for his bravery and courage in assisting us throughout the entire investigation.”