Man jailed for stealing nearly £20,000 from cash machine on BP forecourt in Surrey 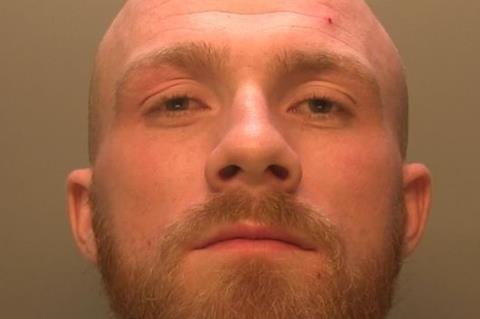 An Epsom man has been sentenced to fourteen months in jail after stealing nearly £20,000 from an ATM at a forecourt in Alfold, Surrey.

Tommy Stevenson, 28, of Dalmeny Way, was arrested on Saturday, 4 December after being caught at the BP petrol station on Horsham Road.

At around 4.30am officers were alerted to an attack in progress at the petrol station and when they arrived they discovered Stevenson behind a fence at the far end of the forecourt. Stevenson had attempted to flee and injured his leg while climbing over the fence. When the officers arrived he shouted to them for help.

Stevenson was found wearing a dark cap with the word ‘security’ written on it, along with gloves and a walkie talkie. He also had a backpack that contained drilling equipment.

Officers reviewed the CCTV footage and identified Stevenson by his distinctive hat.

The cash machine was found to be seriously damaged and a total of £19,200.00 was taken.

Four other suspects were involved in the theft and the investigation remains ongoing to identify them.

Stevenson appeared at Guildford Crown Court on Thursday, 6 January, after pleading guilty to theft. His 21-month sentence was reduced to 14 months to take into account his early guilty plea.

Detective constable Claire Jones from Surrey Police’s western division CID, said: “Stevenson initially tried to convince officers that he had been out for a night-time walk, but the equipment he was carrying, the CCTV footage and the large sum of money missing from the machine were irrefutable evidence that he was one of those responsible for this theft from an ATM.

“I am pleased that Stevenson will be off our streets for some time as a result of today’s sentence, and we continue to look for the accomplices who seemingly abandoned him to his fate.”