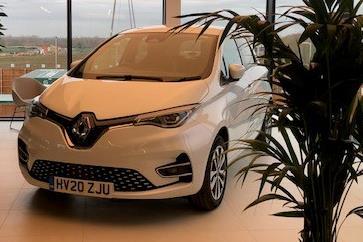 The motor industry has slammed the government’s changes to its grants scheme for electric cars, vans and trucks which now excludes more expensive vehicles and reduces the grant by £500.

From today (18 March 2021), the government will provide grants of up to £2,500 – down from £3,000 – for electric vehicles (EVs) on cars priced under £35,000. The aim is to target less expensive models and reflect a greater range of affordable vehicles available, allowing the scheme’s funding to go further and help more people make the switch to an EV.

Grants will no longer be available for higher-priced vehicles, as the government says they are typically bought by drivers who can afford to switch without a subsidy from taxpayers.

The government says the number of electric car models priced under £35,000 has increased by almost 50% since 2019 and more than half the models currently on the market will still be eligible for the grant, including spacious family cars, such as the Hyundai Kona 39kWh and the MG ZS EV.

Transport Minister Rachel Maclean, said: “We want as many people as possible to be able to make the switch to electric vehicles as we look to reduce our carbon emissions, strive towards our net-zero ambitions and level up right across the UK.

“The increasing choice of new vehicles, growing demand from customers and rapidly rising number of charge points mean that, while the level of funding remains as high as ever, given soaring demand, we are refocusing our vehicle grants on the more affordable zero emission vehicles – where most consumers will be looking and where taxpayers’ money will make more of a difference.

“We will continue to review the grant as the market grows. The plug-in car grant was introduced 10 years ago to stimulate the early market for zero emission vehicles. Since 2011, government has provided close to £1.3 billion in plug-in vehicle grant funding to bring ultra-low emission vehicles onto UK roads, supporting the purchase of more than 285,000 vehicles.

“We have been clear since 2018 that we intend to reduce the plug-in car grant. We are retaining support for the switch to electric vehicles through other new investments. Today’s changes are the latest step in this.”

She said generous tax incentives, including favourable company car tax rates, which can save drivers over £2,000 a year, will remain in place.

However, Mike Hawes, SMMT chief executive, was not impressed: “The decision to slash the Plug-in Car Grant and Van & Truck Grant is the wrong move at the wrong time. New battery- electric technology is more expensive than conventional engines and incentives are essential in making these vehicles affordable to the customer.

“Cutting the grant and eligibility moves the UK even further behind other markets, markets which are increasing their support, making it yet more difficult for the UK to get sufficient supply. This sends the wrong message to the consumer, especially private customers, and to an industry challenged to meet the Government’s ambition to be a world leader in the transition to zero emission mobility.”

Sue Robinson, chief executive of the National Franchised Dealers Association (NFDA), which represents franchised car and commercial vehicle dealers in the UK, said: “The decision to cut the Plug-in Car Grant and Van & Truck Grant is extremely disappointing as it risks undermining the progress the UK has been making towards a zero-emission market in line with the 2030/2035 deadline set by the Government.

“The cost of the electric cars currently available on the market remain higher than their petrol or diesel counterparts and it is vital that buyers continue to be incentivised. Additionally, commercial vehicles keep the economy running, as the recent increase in LCV registrations demonstrates, and this reduction will have a significant impact on small businesses and sole traders.

“Sales of electrified vehicles have been performing well but they still represent a relatively small proportion of the overall market; the timing of the cut to the grant is unfortunate as a number of private customers are currently waiting for showrooms to reopen to get familiar with new types of vehicles, including EVs.

“NFDA has repeatedly highlighted that we must avoid a situation where the least well-off drivers are deterred from buying a new, low-emission vehicle when the time comes to replace their old one”.

Logistics UK’s Head of Public Policy, Michelle Gardner, said: “Switching to zero and ultra-low emission vehicles is an important focus for the logistics industry, as it works to achieve the government’s zero emissions target by 2050. It is therefore disappointing to see the changes announced today to the government’s plug in car, van and truck grants, which have been reduced for the vast majority of available models. Logistics UK’s members are committed to making the switch to alternatively fuelled vehicles, but with the market still to reach maturity, options are limited for operators and reducing the financial support will hinder this transition. After the financial impact of the COVID-19 pandemic, to enable operators to make a change within the lifecycle of their normal vehicle, it is imperative that government lays out a clear policy road map to enable operators to invest confidently, while encouraging manufacturers to develop and launch a wider range of suitable vehicles.”

Martin Milliner from LV= General Insurance, said: “This announcement sends out the wrong message, at a time when government should be putting their foot on the EV accelerator to drive engagement and purchase. Instead, as the clock ticks down to 2030, they’re putting the brakes on and giving people yet another reason to believe that the switch to electric is a financial bridge too far. We should be following France and Germany’s lead and offering an improved package of fiscal incentives and nudges to push drivers towards EVs.”