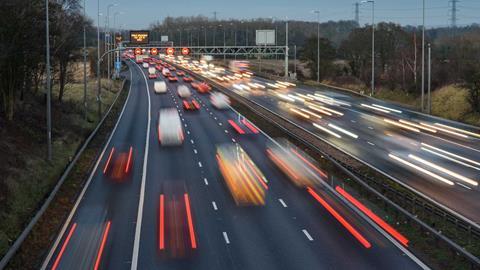 Main-road service stations especially, should be at the ready to deal with an increase in traffic both in the shop and the forecourt, as motorists seek food to go and fuel as well as a place to take a comfort break, and potentially buy service items for the car such as oil and coolant, plus require equipment to check tyre pressures.

In the region of 3.6m leisure trips by car are expected to be made on the Friday bank holiday (3 June), according to a study of 1,460 drivers’ travel plans, as day-trippers combine with families making their way back home at the end of the half term break. Bank holiday Thursday is likely to be the next busiest day (3.3m) followed by both Saturday and the Wednesday preceding the bank holidays (2.6m each day). An additional 5m will use their cars at some point over the full five days, boosting the overall numbers of cars clogging the roads.

Transport experts INRIX predict that traffic conditions could be worst in the mornings of the bank holidays and are advising drivers to set off as early as possible or delay their trips until much later in the day to skip any jams. The M25, southbound M5, A303 and A720 Edinburgh city bypass are all highlighted as roads to watch for potential delays.

Separate research by the RAC reveals that more than a third of drivers (37%) plan to stay close to home over the bank holiday rather than drive a considerable distance; and of these, 11% say they won’t be driving far due to the high price of fuel which has hit new records again last today. A quarter (26%) meanwhile say they’ll only set out for a leisure trip by car if the weather turns out to be good.

The RAC is reminding drivers to check over their vehicles before setting out after separate research** it carried out found that less than a fifth (17%) admit to always checking things like oil, coolant and tyres prior to a long journey, with nearly quarter (23%) never doing so at all. The remainder – 59% – say they check their cars only before some journeys.

RAC traffic spokesman Rod Dennis said: “Drivers clearly see a double bank holiday this close to the summer as a gift, so millions are eager to make the most of it – although many appear keen to keep their car journeys short, perhaps mixing a day trip or two with a Jubilee celebration at home. The fact the bank holidays coincide with the end of half-term in many places has the potential to put some extra pressure on the road network, so planning a journey carefully is important to beat the worst of any queues.

“The best way for drivers to avoid breaking down this week is to check over their vehicles before setting out – yet our research shows less than a fifth do this routinely. Making sure oil, coolant and screenwash are all at the right levels takes just minutes, as does ensuring tyres are free of damage and are inflated properly. A bit of TLC now could make the difference between a straightforward trip and one beset by a breakdown.”