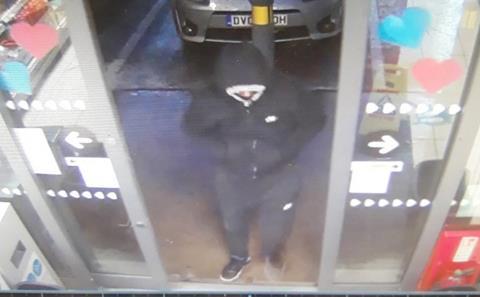 Police investigating an attempted robbery at a petrol station in Nottinghamshire are appealing for witnesses and information and have released a CCTV image.

Officers were called to The Co-operative petrol station, Woodborough Road, Mapperley, at around 7.40pm on Monday February 8.

A young male, believed to be a teenager, approached the counter and demanded that a till be opened.

The suspect, described as skinny and dark haired, wore a black tracksuit with a hooded top and left the store empty-handed when he noticed another customer. Nobody was hurt in the incident

Detective sergeant John Kerry of Nottinghamshire Police said: “Although nothing was taken in this incident we are still taking it extremely seriously.

“Attempted robberies like this one can have a lasting impact on victims so we are very keen to catch up with the suspect in this case.”

Anyone with any additional information should call police on 101 quoting incident 632 of Monday 8 February.