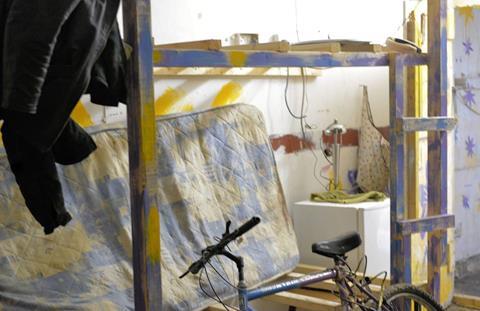 The bedroom area of the car wash

Police have have obtained a Slavery and Trafficking Risk Order (STRO) against a Crawley car wash owner.

On Wednesday 22 September the STRO was issued at Brighton Magistrates Court to Saman Ahmed, prohibiting him for five years from a range of activities, including arranging travel or accomodation for anyone else, holding anyone else’s identification or banking documents and cards, advertising for any employment vacancies, or allowing anyone to sleep at Express Car Wash in London Road, Crawley.

He must also keep up to date and accurate employee records. Failure to comply with the Order will make Ahmed liable to imprisonment.

In April this year officers from Sussex Police went to the car wash as part of an investigation into alleged fraud, modern slavery and health and safety offences.

A number of people working there were interviewed about working conditions. One of them was found to be illegally in the country, and the case was referred to the IE investigators. As a result the car wash owner was issued with a £10,000 civil penalty for employing him.

Fire officers served a notice to prohibit the premises from being used for sleeping accommodation and HSE served a notice prohibiting use of electricity in indoor parts of the site.

Inspector Steve Turner of the Crawley Neighbourhood Policing Team said: “We continue to work with our enforcement partners to act on intelligence about any signs that vulnerable workers are being exploited over their conditions of employment and accommodation in Sussex.”

GLAA senior investigating officer Jen Baines added: “STROs are a valuable tool for law enforcement in tackling potential modern slavery offences and we were pleased to support our partners at Sussex Police in securing this order for the next five years.”