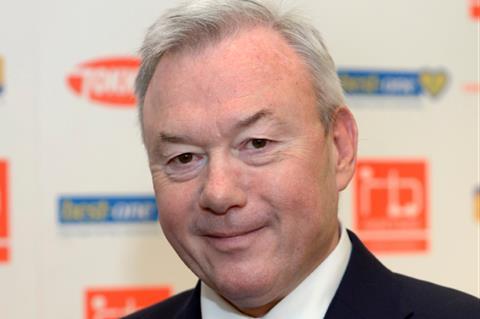 The PRA has dismissed claims by the RAC that fuel retailers overcharged motorists to the tune of £5 a day for unleaded fuel during December. The RAC also claimed that such behaviour would drive the uptake of electric cars.

Referring to its Fuel Watch data, the RAC reported that despite wholesale prices meriting big cuts at the pumps, the average price of petrol in the UK fell by just 2ppl in December meaning drivers paid £156m more than they should have.

It also claimed that retailers took an average of 16ppl margin on petrol and 12.5ppl on diesel in December “making forecourt prices far more expensive than they would have been, had retailers not changed their fuel pricing strategy”.

RAC fuel spokesman Simon Williams said: “December was a rotten month for drivers as they were taken advantage of by retailers who re-wrote their pump-price strategy, costing motorists millions of pounds as a result. Their resistance to cutting prices and to only pass on a fraction of the savings they were making from lower wholesale costs is nothing short of scandalous. The 10p extra retailers have added to their long-term margin of 6ppl has led to petrol car drivers paying £5m more a day than they previously would have.

“In the past when wholesale prices have dropped retailers have always done the right thing – eventually – and reduced their pump prices. This time they’ve stood strong, taking advantage of all the media talk about ‘higher energy prices’ and banked on the oil price rising again and catching up with their artificially inflated prices, which it has now done.

“The only benefit of the current high fuel prices is the extra incentive for drivers to go electric as those driving 9,000 miles a year could save around £1,500. To help drivers afford to make the switch we are offering highly competitive EV leasing deals, as well as an excellent value EV home charging tariff which can be fixed until June 2023 and currently costs just 6p per kilowatt hour overnight.”

Gordon Balmer, executive director of the Petrol Retailers Association (PRA) hit back by saying trends in gross fuel margins averaged out across the year are just over 10ppl and that takes no account of fuel card transactions which probably reduces it by another 1.5-2ppl - a margin of around 8ppl; and was surprised at the RAC’s 16ppl margin figure.

“December’s pump-price data is less reliable because it is taken from fuel card transactions, and there have been far fewer of these transactions because of the reduction in business activity between Christmas and New Year,” he stressed. ”With pump prices falling towards the end of the month, car drivers travelling over the holiday period are likely to have benefited more than these figures suggest.

“While the retail fuel market remains extremely competitive, supermarkets did not use artificially low fuel prices to lure shoppers into their stores at Christmas. The costs of running petrol stations rose all year, with electricity up 19%, vastly reduced margins from fuel cards, increased national insurance and wage inflation.

“The latest volume figures as supplied by BEIS (Business Energy and Industrial Strategy) reveal that for most of December, volumes were running at 90% of pre-pandemic levels, and for week ending 26/12/21 at 78%. When volumes fall and operating costs are rising, it makes sense for fuel retailers to raise margins if they are to remain in business to serve their customers.”

An analysis of RAC Fuel Watch data revealed that Asda had the cheapest petrol at the end of the year with a litre costing an average of 141.81p at their stores, with Sainsbury’s not far behind at 142.57ppl. Asda also sold the lowest priced diesel at 144.9ppl ahead of Tesco on 145.8ppl. The average price of motorway unleaded at the close of December was 160.55ppl while diesel was higher still at 163.43ppl.