The government is preparing to plans for a hydrogen bus only town, the transport secretary Grant Shapps has revealed. 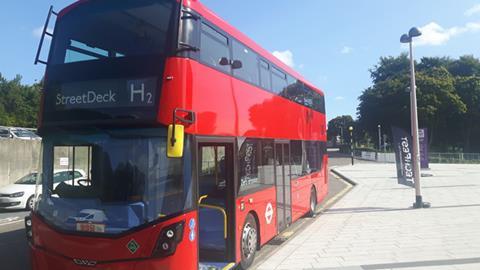 Shapps was giving evidence to the transport select committee this morning, and was speaking about the electric bus only town scheme, which was launched earlier this year and has attracted 17 applications.

The transport secretary said that after the initial popularity of the scheme, a similar hydrogen initiative would soon be rolled out.

Shapps said that he was keen for British bus manufacturers to become world leaders in the technology, saying the UK had a chance to “steal a march on the rest of the world”.

The proposal was welcomed by JCB heir Jo Bamford, who is behind plans to bring 3,000 hydrogen buses to the streets of the UK.

Bamford, who owns hydrogen energy producer Ryse Hydrogen and Northern Ireland-based bus company Wrightbus, said: “We’re delighted that the secretary of state shares our vision and belief that the UK can lead the world in hydrogen technology.

“As the producer of the world’s-first double decker hydrogen bus, we have been encouraging the Government to consider a hydrogen bus town, as we believe this will be a brilliant showcase of the vital role that zero-emission hydrogen buses - all of which can be produced and manufactured in the UK - can play in improving air quality.

“Hydrogen buses are essential for longer routes and heavy usage, as they can do many more miles than an electric bus and take only five minutes to be refuelled.

“The secretary of state’s leadership and support can kick the hydrogen economy into full swing and will be a much-needed shot in the arm for UK jobs and the UK economy. We stand ready to work with authorities looking to become the first ever hydrogen bus town.”