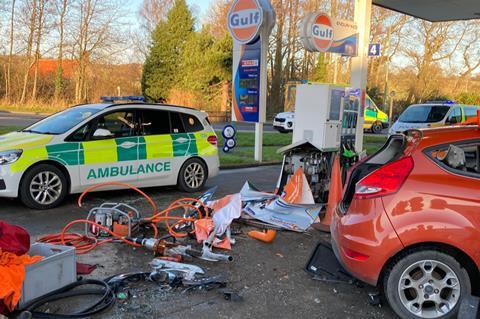 Two women had to be cut free from their vehicles by firefighters and taken to hospital after a collision on a Gulf forecourt in Country Durham on Tuesday January 11.

A spokesperson for County Durham and Darlington Fire and Rescue Service (CDDFRS) said: “Three fire crews from Durham and Consett and a specialist rescue crew from Bishop Auckland attended a two-vehicle collision at the Red Tiles Petrol Station on A691.

“The vehicles were then made safe, and the area cleaned, with crews leaving the scene just before 4pm.”

On Twitter CDDFRS also thanked two first aiders with St John’s Ambulance who were passing the forecourt when the collision occurred and assisted with the casualties until they were taken to hospital.