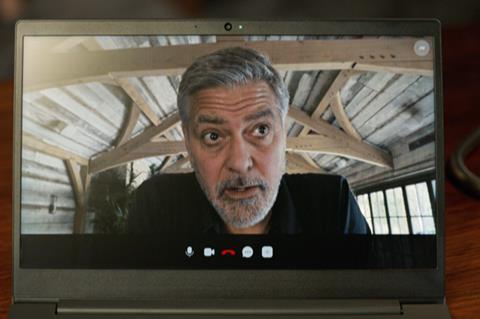 In the 60-second George Clooney is seen trying to get hold of Jonathan on a video call to pitch his idea to the family bakers… but it doesn’t quite go to plan.

The advert opens in Jonathan Warburton’s office as the fifth-generation family baker awaits his 3pm break. As the clock strikes the top of the hour, he is seen preparing his favourite snack – a slice of hot buttered toast. After a slow-motion sequence of toast popping up and shooting through the sky, there is a close-up of a wave of butter quickly melting and Jonathan cutting the perfect triangles in anticipation.

The chairman is suddenly interrupted as his receptionist runs into the room and says “Mr. Warburton, George Clooney is on the line!” She gestures to a laptop where George Clooney is waiting. Jonathan, not wanting to be distracted from his toast smiles “he can wait” as he closes the laptop and tucks into his beloved toast.”

George is left bewildered in the final shot as he is seen staring down the laptop screen saying: “Mr. Warburton. He hung up.”

George Clooney said: “It’s not every day your call is turned down for a slice of toast, but needless to say I had a lot of fun filming this spot. It was great working with the Warburtons team and I’m thankful for the support they are providing to the Clooney Foundation for Justice.”

Warburtons chairman Jonathan Warburton said: “We are thrilled to have George Clooney star in our latest campaign. Video calls have become part of normal life for so many of us during the last year, but George Clooney popping up on screen was quite a surprise.”

The new advert went live on social media today (Friday 7 May) and will air on ITV 1 on Saturday 8 May.