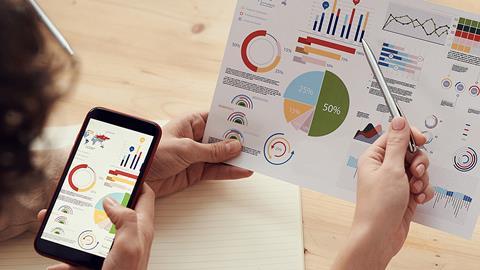 While businesses adjust to a new normal with the end of restrictions, it seems that some of the misconceptions around cash usage raised during lockdown still persist, despite ongoing support for cash and a definite demand for payment choice from consumers, according to James Harris, managing director at  Volumatic.

The cash handling specialist was keen to determine the mindset of retailers and their customers in this post-pandemic world, so conducted a survey posing a number of cash-related questions at their recent Cash 2030 conference, and the results offered some interesting perspectives.

93% of respondents said that cash takings had gone down during the pandemic - hardly surprising when reports circulated at the start of lockdown around how the virus could easily spread via handling cash.

However, despite the World Health Organisation (WHO) since dismissing these fears, declaring that the virus was very unlikely to be spread by cash, and the risk of transmission was the same for any payment method, be it card, cash or mobile, even two years later rumours still persist that cash is essentially ‘dirty’, with 56% of businesses asked stating they believed cash usage was still a Covid-19 hygiene issue.

Harris said: “While the data we received at the conference from our industry experts Enryo and The Bank of England clearly showed that cash payments have increased vastly, and in some cases are almost back to pre-Covid levels, only 27% of those we asked said that their cash payments have increased post-pandemic, which shows that consumers are still perhaps wary of using cash or not aware that cash is being accepted again.

“This is perhaps due to cash not being promoted widely by some businesses – while all our attendees told us they still accepted cash, only 38% actively promote cash payments, while 81% promote card payments, which is surprising considering the rising fees imposed by card issuers.”

In terms of helping customers who need access to cash, only 7% of businesses polled said they offer cashback without purchase, though a further 7% plan to offer this service soon. While it is positive news that this kind of service is growing, Volumatic says it is questionable whether this is enough to help the thousands of people around the UK who are struggling to access cash due to the growing number of local bank closures.

Retail businesses were however more in favour of providing access to cash for their customers via ATMs, with 75% of businesses stating they had an ATM, and 80% of those being free to use.

However, 75% of businesses said they still expect to have a cash machine on site in five years’ time, which indicates they not expecting the demand for cash to reduce anytime soon.

As the rise of self-service checkouts continues, Volumatic’s survey wanted to find out how many businesses used them and whether they promoted cash usage.

Fifty six per cent of the businesses asked operate self-service checkouts in stores, with a further 19% planning to introduce them soon.

Just over half (51%) of these self-service checkouts operate as card only, meaning they do not accept cash, however, as cash usage continues to grow, 73% of businesses said they expected their percentage of cashless checkouts to reduce over the coming months. 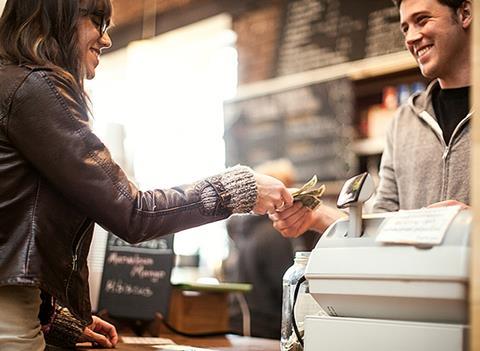 While a lot of resistance has been felt regarding rising fees for card payments, retailers at the event were also concerned about Cash in Transit (CiT) costs. CiT services were used by all the businesses surveyed. While 53% revealed that their CiT collections have reduced since the pandemic began, 40% said their collections had remained the same, and 7% said they are now having more CiT collection than before Covid.

And while it was clear from discussions during the conference that businesses wanted to support cash usage and provide customers with access to cash, they also felt that all businesses who accept cash should be getting more industry and government support to make this more viable, especially regarding CiT costs – something The Bank of England said was currently being reviewed.

“Our survey uncovered some interesting results, and it was surprising to find businesses still viewing cash as a Covid-19 hygiene issue when this has widely been disproven by WHO.

“Volumatic are committed to dispelling these myths and to reassuring both businesses and consumers that cash poses no Covid risks and that cash payments are still very much in demand and should not be discouraged.”

Volumatic celebrates its 50th Anniversary in 2022 and will be exhibiting at The Forecourt Show at the NEC in Birmingham (stand E49, Hall 8).