Government announces one year delay to promotional restrictions; location restrictions to go ahead 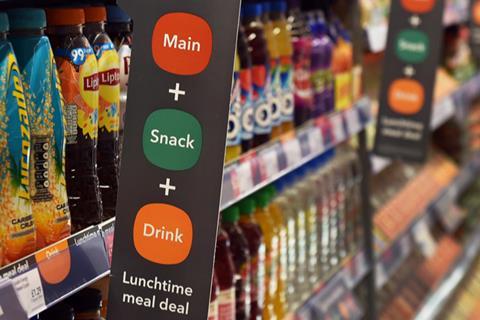 The ongoing chaos over the introduction of HFSS regulations will serve only to impose more costs for consumers and cause confusion for local shops, the Association of Convenience Stores has warned.

ACS chief executive James Lowman said: “The Government’s insistence on pushing ahead with costly and confusing regulations at a time when consumers and retailers are facing significant financial pressure is nothing short of astonishing. While everyone else is trying to navigate the worst cost of living and cost of business crisis in memory, the government is regulating to send officials round to shops with tape measures to make sure yoghurt and pizza aren’t displayed too close to the door or on the end of an aisle.

“Going ahead with the location restrictions in October this year, costing thousands of pounds per store, will have a huge impact on thousands of small businesses that are already struggling to make ends meet. Retailers cannot absorb these costs, they will ultimately have to pass them onto their customers during the same month that everyone’s energy costs are set to skyrocket. We once again urge the Government to rethink these regulations, and to properly consider the implications for retailers and consumers.”

Lowman said the lead up to the introduction of the regulations had been marred with confusion, with guidance setting out which businesses are actually included in the rules, and what exactly the businesses that are in scope have to do, coming just five months before the October 2022 implementation date. This week, there was more confusion as it was suggested that the promotional restrictions could be dropped entirely to address the cost of living crisis, although there was no acknowledgement of the extent of the impact of the location restrictions.

ACS has previously called on the Government to rethink the regulations entirely in its submission to the Spring Statement, consultations with the Department of Health, and a letter to the Prime Minister, outlining the operational problems, complexity and impact on consumers that the HFSS regulations are going to have. Convenience store retailers have estimated the cost of complying with these proposals, also due to come into force at the start of October, at around £13,000 per store, with supermarkets facing much higher implementation costs.