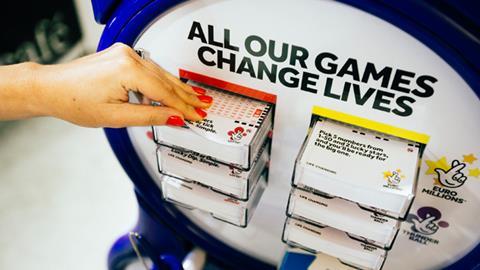 The Association of Convenience Stores (ACS) has welcomed government proposals to allow 16- and 17-year-olds to continue selling lottery products after new age restrictions come into force in October this year.

The minimum age to play the National Lottery will be raised by law from 16 to 18 in October, and under the original proposals colleagues aged under 18 would not be able to sell lottery products after that date.

DCMS (the Department of Culture, Media and Sport) has since launched a short consultation proposing an approach that would still allow 16 and 17 year old colleagues to sell lottery products when approved by someone over 18.

In its submission to DCMS, ACS has welcomed the Government’s intention to introduce an approved sales mechanism for lottery products when the law changes in October. This would mean that colleagues in store who are 16 or 17 would still be able to sell lottery products if they are approved by someone over 18, and matches the law for the sale of alcohol, and for the sale of tobacco in Scotland.

ACS chief executive James Lowman said: “We welcome the government’s intention to have consistency of regulations across different age restricted products. The approved sales mechanism is already well established for the sale of alcohol and sits alongside Challenge 25 as a robust process for minimising the risk of underage sales.

Introducing an approved sales mechanism for lottery products is a sensible approach that will allow stores to sell lottery tickets so long as there is an over 18 year old colleague approving sales.”

In April of this year, Camelot changed the rules to play National Lottery games from 16-plus to 18-plus. Since that time, players aged 16 or 17 have been able to claim prizes on valid tickets purchased before 22 April. Colleagues in store aged 16 and 17 have also still been able to sell lottery products during this time.