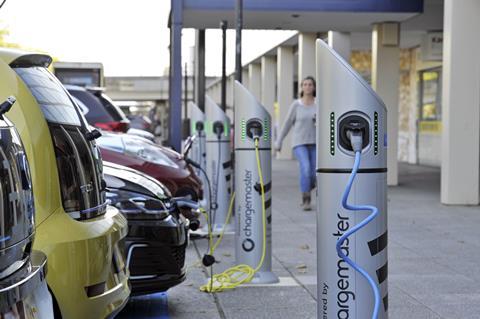 By 2030 the UK will have a thriving second-hand market for battery electric cars (BEVs), with almost a third (31%) of annual used car sales being BEVs, according to new analysis and modelling by LV=General Insurance (LV=GI).

The research by LV=GI - which describes itself as one of the UK’s largest insurers of electric cars - compared current sales of new electric cars with petrol/diesel vehicles, using data from the Department for Transport and DVLA. This sales data was then used to model expected changes in the number of electric car sales and petrol car registrations over the next decade, based on current growth rates.

By factoring in both the number of used cars being sold on and the number being taken off the road according to the Department for Transport and DVLA data, projections then estimated the expected changes in the second-hand market leading up to 2030.

In 2021, BEVs made up just 1.3% of the total number of cars on the road (399,981). While that number is expected to exceed one million in 2023, this will still only equate to 3.1% of total cars. By 2025, the figure will double to approximately 6% and then treble to 19% by 2030 (6.4 million cars). However, with the Government’s Zero Emission Vehicle (ZEV) Mandate due to be introduced in 2024, which will require manufacturers to sell a certain number of electric cars each year, it is possible this figure could be higher.

The need for a healthy and robust second-hand market for electric cars is clear, according to LV=GI. Purchase information shows the majority of people now opt for a second-hand rather than new car - SMMT data reveals 7,530,956 used cars were bought last year, compared to 1,647,181 new.

In 2021, BEVs made up only 2% of the total second-hand car market (ICE and EVs), with 129,032 sold. The number of second-hand BEVs sold annually is expected to see a steady increase over the next few years, but it won’t be until 2026 when there will be over one million on the road (approx. 1,238,301) – equating to 15% of the second-hand annual sales market. By 2030 however, this figure will rise to over three million and BEVs will account for 31% of all annual used car sales. The expected increase in used electric cars will likely drive competition and make electric cars more affordable.

Gill Nowell, head of EV at LV= General Insurance, said: “While the average annual running costs of electric cars are significantly cheaper than petrol or diesel cars, the sticker price remains one of the big barriers for drivers considering making the switch, which is why these projections for a thriving second hand market by 2030 are so encouraging. The rapid development of the second-hand market is so important and can’t come quickly enough - the more electric cars on the road, the more upfront costs will come down, creating competition in the market and ultimately meeting our goals of making the nation’s roads greener.”

In April 2019, LV= launched the UK’s first car insurance product developed solely for EVs. The product provides tailored cover to meet the specific needs of electric car owners and includes cover for home charging cables and wall boxes, the supply of electric or hybrid courtesy cars and access to a network of specialist electric car repairers across the country.