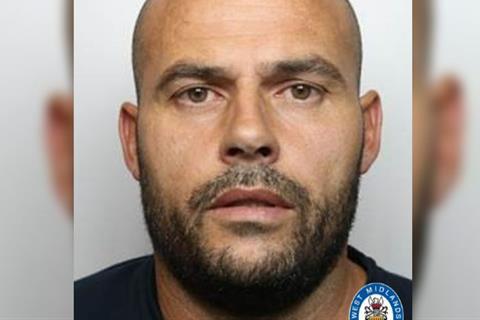 Luan Braha was sentenced to eight years in prison

A car wash owner who plotted to traffic migrants to the UK in lorries – and drug children to keep them quiet during the crossing – has been jailed.

Luan Braha ran The Boss car wash in Staffordshire and used it as a base to co-ordinate the smuggling of Albanian nationals from Belgium into the UK.

The 38-year-old North Macedonian national conspired with counterparts on the continent to bring up to 200 migrants across the Channel in the back of lorries.

He planned to charge them more than £5,000 each and even discussed drugging people, including youngsters, to keep them quiet during the journey from Ghent.

Investigators from West Midlands Regional Organised Crime Unit (ROCU) identified Braha as the mastermind behind the plot and in July last year arrested him at the car wash in Mill Street, Newcastle-under-Lyme.

The unit worked in partnership with the East Flanders Human Trafficking Team in Belgium throughout the operation.

In interview, Braha claimed he had no intention of ever carrying out his plans – that it was a flight of fancy – but the jury at Stoke Crown Court dismissed that excuse.

He was found guilty on 8 June of conspiring to illegally breach immigration legislation by preparing to traffic Albanian migrants into the UK, and on 28 July he was jailed for eight years.

“He used the car wash to make acquaintances and generate support for his plan to traffic migrants.

“We intercepted what he believed was secure chat groups where discussions about migrants, payments and the travel plans were uncovered.

“It was clear Braha was the lead conspirator and was quite openly making arrangements to smuggle people into the UK for payment with no regard for their safety.”