Co-ops call for better protection in law for shop workers 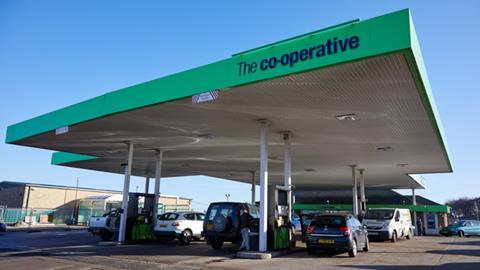 Central England Co-op is calling on the Government to introduce new legislation to better protect key workers in its stores following big rises in incidents of staff being threatened with being coughed on and given coronavirus.

The retailer, which has 22 forecourts among its more than 260 stores across 16 counties, is joining forces with co-operatives up and down the country in a plea to better protect its workers from threats of verbal and physical abuse.

New figures have seen assaults jump by 100%, threats and intimidation by 25% and verbal abuse by 175% since the start of the year, and since the lockdown was introduced, there have been more than 100 incidents related directly to people using Covid-19 as a threat.

Some examples of incidents have included multiple threats by customers to cough on colleagues and “give them coronavirus” and further threats of assaults because people have had to queue to enter stores, social distance or simply because they do not have a specific product.

Debbie Robinson, Central England Co-op chief executive, said: “These uncertain times have brought to the fore how our colleagues in stores are key workers and critical to all of our everyday lives.

“However, despite this, we continue to see rise upon rise of incidents where our colleagues are verbally threatened or even worse physically abused just for doing the job – something that has only risen during the coronavirus outbreak.

“Today we tell people this is not acceptable, and we will not tolerate any kind of abuse to our colleagues and we also urge the Government to work harder to recognise the people itself has recognised as being of vital importance to our daily lives.

“Their amazing contribution now needs to be recognised by a change in law so anyone who takes the decision to cross the line with our colleagues knows that retail crime is taken seriously.

“I would hope their status in society will now be permanently elevated and I am redoubling my efforts in lobbying for a change in sentencing law to ensure those who choose to attack our colleagues are held accountable for their actions on the same level as other frontline workers.

“This is not just a Central England Co-op problem, it is an industry-wide problem, and this is why we come together today to say we need change and we need it now.”

As part of this plea today, the retailer is building awareness and support for MP Alex Norris’ Assault on Shop Workers Bill which has seen its second reading in Parliament postponed. It states that because shop workers have responsibilities to uphold the law on age restricted products, they should be afforded greater protection in carrying out those public duties.

In its 2020 Crime Report, the Association of Convenience Stores (ACS) found that a quarter of violent incidents resulted in injury, with a weapon used in almost 20% of occurrences. A knife was the most common used weapon (43%) with axes, hammers and syringes also used to attack or threaten shop workers.

Over the past three years, Central England Co-op has invested heavily in measures to protect colleagues including fitting stores with external motion detectors and a centrally monitored CCTV system fitted which allows colleagues to call for assistance at the touch of a button.