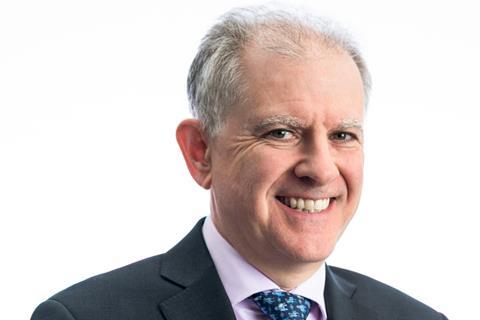 Former BP executive John Carey has joined the board of EG Group as a non-executive director as it revealed a surge in earnings for the third quarter of 2020.

Carey held a senior position at BP advising on alternative fuels and also has international experience of forecourt and convenience retailing. In July he was appointed chairman of GripHero, the developer of fuel nozzle-mounted hand-protection dispensers.

EG Group co-founder and co-CEO Mohsin Issa said the group was seeking to appoint additional non-executive directors, and appointments being considered include both a board chair and an audit committee chair.

He added: “John has extensive experience of operating large and complex businesses, of overseeing the operations of c-stores and fuel distribution, and of leading the largest IPO of a business incorporating c-stores in recent years.

“John will provide valuable guidance and support on the continued development of EG Group, and we look forward to working with him and receiving his counsel. We are delighted to welcome him to EG Group’s board.”

For the three months to September 30, the group reported EBITDA was up 90% on a reported basis and 54% on a like-for-like basis, despite a 2.8% fall in revenue compared with the same period last year.

It said there had been a like-for-like growth in profitability across all business streams with continued resilience of grocery and merchandise sales, and foodservice had recovered strongly following temporary closures in Q2 due to Covid-19 restrictions. There had also been a recovery in fuel volumes supported by continued strong fuel margins across all operating countries.

During Q3 the group agreed the takeover of Asda, together with TDR Capital, but as the deal has not been completed it did not affect the quarter’s results.

Mohsin Issa commented: “We are pleased to confirm a record quarter of profitability for EG Group in the third quarter, reflecting the resilience and differentiation of our best-in-class, diversified business model.

“Despite the stricter Covid-19 restrictions that we have seen introduced across a number of markets in the fourth quarter, we are proud that the vast majority of our sites will remain open and our exceptional employees will continue providing an essential service to millions of customers in our global communities.

“While there will inevitably be some impact from the renewed national lockdowns in Europe, our business has demonstrated its resilience and is strongly positioned for the future.”

According to Sky News, the Issa brothers are also planning to sell a minority stake in EG Group that would value the overall business at more than $20bn (£15.1bn).