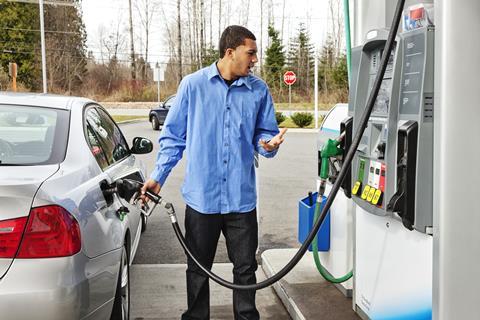 Just 10% (407) of a sample of more than 4,500 UK forecourts are charging a fair price for petrol and diesel, with the vast majority of these being independently owned sites rather than major fuel retailers, according to new RAC Ruel Watch analysis of Experian Catalist price data.

The RAC believes that retailers should be charging nearer to 174ppl for a litre of unleaded to reflect wholesale prices over the last two weeks, well down on the current average of 188ppl – yet its analysis of data shows that only 157 petrol stations are selling a litre at between 170.9ppl and 179.9ppl. Of these, 125 are independently owned petrol stations, 28 are major supermarket sites and four are owned by oil companies. The remainder – some 4,436 (or 96%) of all the sites sampled – are selling unleaded at 180ppl or more, way over what the RAC believes is reasonable based on the wholesale price.

The RAC says the situation is similar when it comes to diesel, with the current average price of a litre standing at 196p. Taking the average delivered wholesale price over the last fortnight of 150ppl, plus its estimate of a 7ppl retailer margin and 20% VAT, the RAC calculates a pump price of around 189ppl – yet just 250 out of 4,805 forecourts are selling at a price of between 180ppl and 189.9ppl. The RAC finds it interesting that 192 of these are independently owned with just 43 being run by major supermarkets and 15 being oil company owned.

The RAC said that while it’s encouraging to see more independents undercutting the biggest retailers, traditionally the supermarkets have led the fuel market with the cheapest pump prices. At the moment however, the average price of a litre of petrol and diesel at the big four supermarkets is only around a penny lower than the UK average when it’s historically been around 4ppl.

RAC fuel spokesman Simon Williams said: “In this most expensive of summers, drivers need all the help they can get to keep their spending down so we applaud those retailers who are doing the right thing for their customers and charging a fair price for petrol and diesel, more in line with the lower wholesale costs.

“Weekly wholesale petrol prices – that’s the price retailers pay to buy the fuel – have fallen by a massive 17ppl a litre, from a weekly average of around 152ppl at the start of June to just 135ppl this week. Yet average pump prices have reduced by a paltry 4ppl. It’s time for every retailer to do the right thing and cut their prices to more reasonable levels.

“Our analysis of this new data shows something else that is very telling. It appears to be the case that it’s no longer the big four supermarkets that lead on price, but instead smaller independent sites that are prepared to buck the national forecourt trend. Certainly, the days of fuel ‘price wars’ – where the supermarkets simultaneously cut their prices and made a big deal of doing so – appear to be well and truly over. Instead, supermarkets seem to prefer to battle over grocery prices which, while helpful, is ignoring the huge sums households are having to fork out for fuel to keep their cars running.

“Last month, the cost of filling a typical 55-litre family-sized car with petrol rose by a record £9.12, with diesel just behind at £8.59. For a car that does 40 miles to the gallon, that means it costs a driver around 22p for every mile they drive – up from around 16p at the start of the year. Drivers are desperate for some relief at the pumps yet, with a few notable exceptions, few retailers seem to be willing to price their fuel fairly.

“Drivers who fill up at supermarket forecourts have every right to feel let down that they are being charged well over the odds for petrol and diesel right now.”