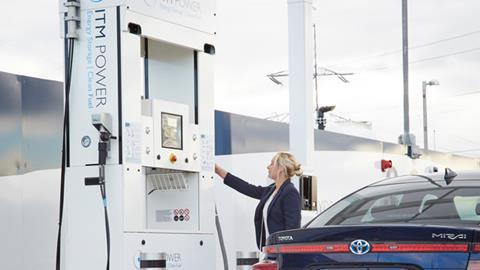 Four of the UK’s biggest trade unions are calling on the government to bring forward a hydrogen strategy to create and sustain thousands of green jobs.

Unison, Unite, GMB and Prospect have backed calls by cross-industry group Hydrogen Strategy Now for the Chancellor to lay the foundations of a UK-wide hydrogen strategy, which they believe will generate jobs and support economic growth.

The four unions, which collectively represent 200,000 workers in the energy sector, say in a joint letter to Rishi Sunak that they believe hydrogen is key to the UK becoming decarbonised.

They say the adoption of a hydrogen strategy would be a significant contribution towards the UK achieving its net zero targets by 2050, “whilst at the same time sustaining and creating high-quality jobs and supporting economic growth in all parts of the country”.

Signed by the general secretaries of the four unions – Dave Prentis, Len McCluskey, Mike Clancy and John Phillips – the letter states: “We can look across the world and see other nations bringing forward multi-billion pound, job-creating hydrogen strategies. The UK cannot afford to risk being left behind and failure would result in the UK not meeting its net zero obligation and a loss of high-skilled and quality jobs.”