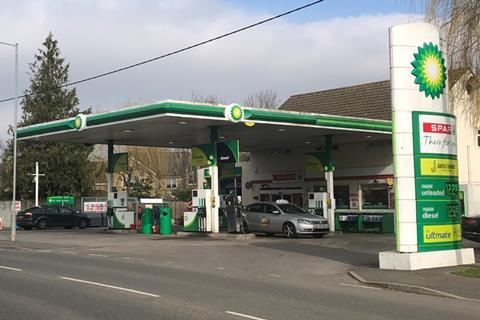 Gardner Garages has added a seventh forecourt to its estate after a deal to acquire BP Trowbridge Lodge Services at Trowbridge in Wiltshire was concluded on February 24.

The site was acquired from Douglas Seaton (Forecourts) Ltd, which had run the site for 17 years, in an off-market deal.

Company chairman Clive Gardner said the BP service station and 1,200sq ft Spar store would continue to trade as they are for the time being but there are plans to upgrade the site and it has “tremendous potential.

“There are exciting times ahead and plenty of work to do to bring the site up to the standard we, and our discerning customers, require,” he said

Outside there are plans to resurface the forecourt, replace the car wash and jet wash equipment, introduce LED lighting and to add a launderette.

The store will also be refurbished with new food-to-go offerings and Costa Coffee. A new five-year deal with BP has been signed.

Clive said there were plans to build hundreds of new homes nearby so he was expecting this would give a substantial boost to the business.