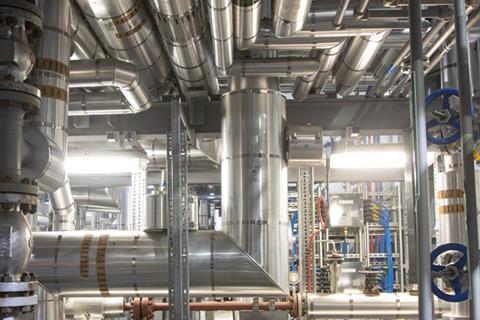 Protos Biofuels (Protos), a project developed by Greenergy and Advanced Biofuel Solutions Ltd (ABSL) to convert municipal waste into biomethane and biohydrogen for transport, has passed a significant landmark in its development.

Petrofac has been appointed to deliver the front-end engineering design (FEED) phase, with Sumitomo SHI FW (SFW) to supply the gasifier that converts the household waste into synthesis gas (syngas). Proval will design the direct current plasma arc furnace that will be used to clean the syngas and Wood will licence its VESTA process that will convert syngas into biomethane and biohydrogen.

The commercial scale Protos plant will incorporate ABSL’s RadGas process technology and will be the first to produce grid-grade biomethane and biohydrogen from municipal waste. Located on the Protos site in the North West of England, the project site is part of HyNet North West, one of the UK’s leading industrial decarbonisation projects.

Due for completion in 2025, the project will divert 150,000 tonnes of household waste annually, the amount produced by a large town, from landfill and incineration, turning it into renewable low carbon fuel. By using waste as a feedstock, the plant will avoid 160,000 tonnes of carbon dioxide emissions each year, equivalent to the emissions of 107,000 cars, through the replacement of fossil fuel with waste-based fuel alternatives and the capture of carbon dioxide.

“Through Petrofac, SFW, Proval and Wood, we are bringing together world-class partners to develop a world-leading project to decarbonise transport. When complete, the plant will play an essential role in delivering the UK’s net zero and energy security strategies.”