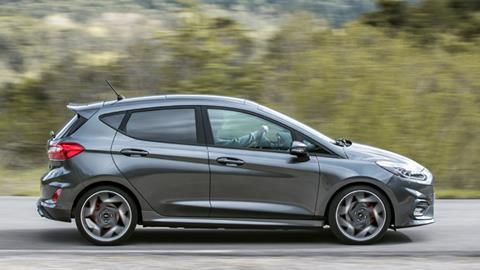 Sales of used battery electric (BEV) and plug-in hybrid (PHEV) vehicles have continued to grow strongly despite a decline in the overall used car market.

The number of used BEVs that changed hands during the period was the highest recorded in any quarter, and hybrid electric vehicle (HEV) transactions also increased by 20.3% to 40,157.

However, zero emission models’ market share was still tiny at 1.4%, up from 0.9% the previous year.

Petrol and diesel powertrains continued to dominate, comprising 96.4% of all transactions equivalent to 1,959,955 units, although demand for both declined, by 6.9% and 7.6% respectively.

Used car transactions declined in every month across the quarter, with July, August and September falling, by 4.9%, 5.9% and 7.9% respectively. Overall, the period is down 2.0% on 2019 pre-pandemic, making it the weakest third quarter since 2015.

SMMT chief executive Mike Hawes said: “Despite the used car market declining in the third quarter, record sales earlier in the year, particularly in the second quarter, means the market remains up year-to-date.

“Given the circumstances, with the global pandemic causing a shortage of semiconductors needed to produce new vehicles, undermining the new car market, used transactions were always going to suffer too. This is particularly worrying as fleet renewal – of both new and used – is essential if we are to address air quality and carbon emissions concerns.”