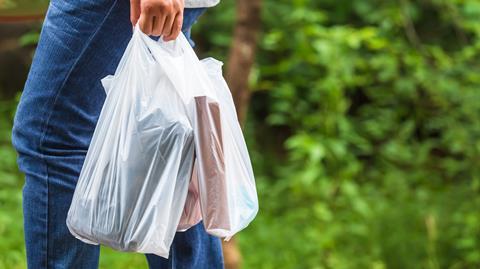 The Federation of Independent Retailers (NFRN) has revealed that the new 10p carrier bag charge in small shops in England will come into force on Friday May 21.

The new date was confirmed by the Department of the Environment, Food and Rural Affairs (Defra) in an email to the NFRN this morning (April 28).

The charge was originally due to take effect in smaller stores from April 30, but in its communication to the NFRN, a Defra spokesman advised that it had been delayed until late May “due to the current restrictions on government communications as a result of the pre-election period, and to give businesses more time to prepare”.

Welcoming the move, NFRN national president Stuart Reddish said: “Since its introduction in larger stores in October 2015, the carrier bag charge has made a huge difference by drastically cutting the use of single-use plastic bags. It has always seemed odd to us that while members in Wales, Scotland and Northern Ireland charged their customers for single-use plastic bags, smaller stores in England were missing from the legislation.

“That’s why we have lobbied hard to get this charge extended to all stores in England. At the same time, we have always pressed Defra to ensure that the new regulations do not impact negatively on our membership by burdening them with unnecessary paperwork. We were, therefore, pleased when it advised that smaller retailers are not required to keep detailed records of sales when the extension comes in.

“Plastic blights our land and seas and chokes wildlife but since the charge first came into being, sales of single-use plastic bags have dropped dramatically.

“Independent newsagents and convenience stores are at the heart of their communities and this charge will allow us to ‘give back’ by reducing waste still further and donating some of the proceeds to deserving causes.”