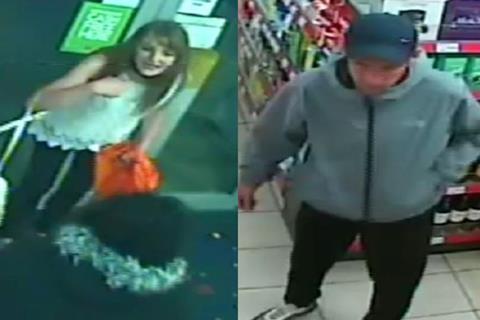 Northumbria police officers have released a CCTV image of a man and woman they would like to trace after a staff member was assaulted at a petrol station in Gosforth.

Shortly after 11.55pm on September 14, police were called to the BP garage on Great North Road, Gosforth, after a report that a female staff member had been assaulted.

It was reported that a woman had entered the forecourt shop and attempted to steal items and put them in her handbag.

In a statement, Northumbria Police said: “An investigation is ongoing into the incident, and as part of our enquiries we have now identified a man and a woman we would like to speak to in connection with the incident.

“They were believed to have been in the area at the time of the assault and could have valuable information which would assist us with their investigation.

“The man and woman, or anyone who recognises them, are asked to call 101 quoting FWIN 1305 140920. Anyone with information about the incident can also contact the independent charity Crimestoppers anonymously on 0800 555111.”