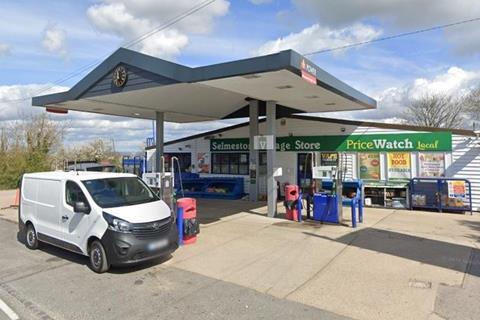 The owner of a chain of petrol stations in East Sussex has been ordered to demolish the canopy at one of its sites after a planning appeal was turned down.

The case involved the Pricewatch site at Selmeston on the A27 where the owner was deemed by Wealden District Council to have built the canopy without planning permission.

The local authority ordered the company to remove it within two months and the company appealed the decision.

In his judgment the planning inspector said there were three strands to appeal. The first was whether the canopy was harmful to the view of the South Downs National Park which it overlooks and the conservation area in which it is situated.

The inspector criticised the design of the canopy, which has a slightly pitched roof, and a clock in a gale end facing the road and the South downs. He said: “This design appears contrived and overly elaborate for a structure with a functional purpose. Its relationship with the shop building also appears incongruous as the canopy is higher than the shop building. Its location, design and scale all mean that it is a dominant feature within the street scene that harms the character and appearance of this part of the conservation area.”

He then evaluated the public benefit of the canopy. He noted: “Prior to installation of the canopy, concern was raised about the lighting during an audit by the Petroleum Authority. If these risks are not appropriately assessed and addressed they could result in issues that could affect the viability of the business.” He also referenced the Approved Code of Practice (ACOP) from the Health and Safety Executive (HSE) regarding unloading petrol from road tankers, and regulations that stipulate a minimum level of lighting for tanker drivers when making deliveries. He accepted that tanker deliveries contributed to the viability of the site, and the benefit of fuel and shop sales to the community, but said these still did not outweigh the harm caused.

The company also argued that the enforcement action by the council exceeded what was necessary to remedy the situation. However, the inspector said the purpose of the order was to return the land to the condition before the breach took place, and he could see no alternative.

The final part of the appeal concerned the district council’s order that the canopy should be removed within two months while the company suggested it could take nine months to secure a specialist contractor and have the work carried out. The inspector agreed that removing the canopy would be complex because of the way it is integrated into the forecourt, but said he had seen limited evidence to justify nine months and ruled it should be four months.