Top 50 independent Elite Garages has agreed a new long-term supply agreement with Valero which sees nine sites based in Hampshire, Surrey, Winchester, Sussex and Cornwall renewing with the Texaco brand. 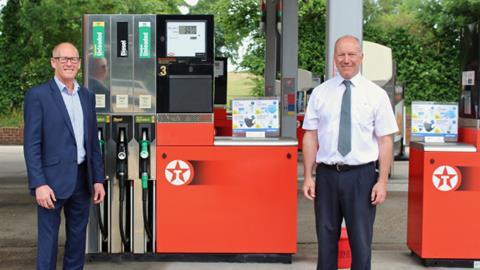 The Horsham, West Sussex-based company, number 33 in the latest Top 50 Indies listing, has a long history with the Texaco brand and had no hesitation when it came to making a renewal decision, according to owner Richard Whittemore, owner of Elite Garages. He said he has been more than satisfied with the service he has received over the years and sees the company’s relationship with regional manager, Keith Evans as a real asset to the company and the main reason behind staying firm with Texaco.

“Our regional branded sales manager Keith and his team at Valero are always on hand to support us and any issues have always been dealt with quickly and efficiently, which is extremely reassuring,” said Richard. “The relationship and support is at the heart of our partnership and it’s this that makes a difference for us, especially when we’re busy running other businesses outside of the forecourts. We feel like we are in safe hands with Texaco at all times.”

Among the nine Texaco-branded service stations and convenience stores, the sites offer a range of other services such as post offices, garage workshops (included on four of the sites), car washes and also the UK’s first drive-through Cornish pasty service at the Scorrier Service Station site in Cornwall.

Outside of the forecourt business Richard also owns an expanding wholesale tyre business that has tripled its turnover in the past few years and a successful rental property business. His portfolio of businesses doesn’t stop there though. Richard also owns an 800 acre farm in West Sussex that is home to emus, deer, cattle, sheep and 850 lambs that joined them at the end of this year’s lambing season.

Although Richard juggles different businesses, it is the petrol stations that are an important part of his portfolio because of his deep rooted family connections. Richard’s parents owned a petrol station with an attached workshop in High Wycombe when he was growing up, where he first became exposed to the fuel and automotive business. Elite Garages now has three generations of the family working together including Richard’s daughter Sophie and another daughter Kelsie and son Jack who have both recently completed business degrees and are looking to get involved in the service station and tyre side of the business.

Andrew Cox, Valero’s director sales and marketing, said, “I’m delighted that Richard continues to see Valero as the fuel supplier of choice for all nine of the Elite Garage service stations. It’s great to hear that our support has been of such great value to Richard over the years. We have a long history with the company and I’m sure we will keep the strong relationship going for years to come.”