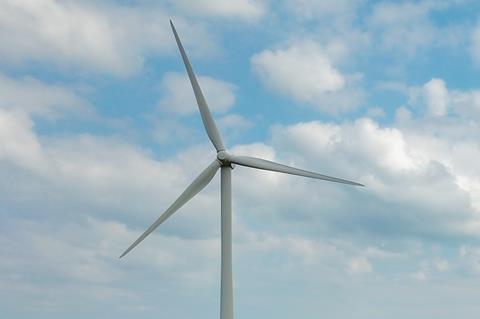 TotalEnergies is part of a consortium aiming to develop one of the world’s first plants capable of producing green hydrogen on an industrial scale, on the island of Flotta in Orkney, Scotland.

The consortium has submitted a proposal to develop a wind farm west of Orkney. If successful, its proposal – called the West of Orkney Windfarm – could deliver renewable power to a green hydrogen production facility at the Flotta Terminal.

Plans to power the proposed Flotta Hydrogen Hub are being developed by OWPL in partnership with Flotta Terminal’s owner Repsol Sinopec, and international energy company Uniper, which is a pioneer in the field of hydrogen. The proposal is also supported locally by EMEC Hydrogen which has spearheaded Orkney’s green hydrogen production.

“TotalEnergies believes in the potential of renewable offshore wind power to produce green hydrogen, supporting our companies to meet their ambition in terms of carbon neutrality. With our proposed West of Orkney windfarm, there is an opportunity to create one of the world’s first green hydrogen plants in Orkney. It is an exciting plan, and we look forward to working on it with our partners and Orkney stakeholders,” said Julien Pouget senior vice president renewables, TotalEnergies.

“The production of green hydrogen is a hugely exciting opportunity for both offshore wind and the Scottish supply chain. Projects with substantial capacity factors, such as the West of Orkney Windfarm, could deliver highly competitive power to facilities like the Flotta Hydrogen Hub which could, in turn, supply demand for hydrogen both nationally and internationally,” said Mike Hay, RIDG commercial director.

“Flotta is an ideal location for green hydrogen production – it is surrounded by the best wind resource in Europe, it lies close to major shipping routes within the vast natural harbour of Scapa Flow. The time is right to maximise the incredible natural assets and geography of the Flow and Orkney to ensure a long-term sustainable, climate-friendly future for our communities,” said James Stockan, leader of Orkney Islands Council.