SERVICE CENTRE: It’s not what you know, it’s who you know 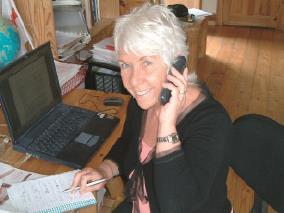 It’s not what you know, it’s who you know

This story clearly demonstrates that it’s not what you know but who you know. Steve Smyth of Harwood Bros Motors (Wootton) Ltd with a forecourt shop and Lushington Garage at Ryde on the Isle of Wight, wrote to say that he was a new retailer with PayPoint.

“Signed up about nine month’s ago,” he says, “rep was replying to emails and texts before we signed up but ever since had no contact. No point of sale. PayPoint unit arrived in the post and someone came in to show us how it works but unit was faulty so another one was sent and installed by an engineer.”

However, he adds, no one came back to show them how to use it so Steve visited a friend who also had PayPoint who showed him the ropes.

On top of that he had left lots of emails and messages to say that they needed signs to let the customers know they have PayPoint. “But nothing. No A Board, no bus stop sign not even the eight A4 stickers that I asked for to put on each petrol pump.”

He says he was also told that they would have Collect Plus a few months after they had PayPoint.

“The printer arrived and we have been very busy with parcels but yet again no point of sale and no one showed us how to use it. Had to just use trial and error.”

And finally he asks: “Is it normal for PayPoint to be so useless?”

Well, the answer is, actually, no. They are quite keen to promote their services.

I contacted PayPoint and a spokesperson responded: “Once made of aware of this matter we picked it up immediately and are now pleased to see that everything has been resolved swiftly and positively with the retailer. The emails sent to PayPoint previously were to an individual who left the business some time ago. We encourage any retailer in need of support to always email or Cc. enquiries@paypoint.com, referencing their site number.”

I checked back with Steve and he confirmed: “I had a call from them and received a PayPoint pavement sign the next day. Waiting for other signs in the post.”

It’s a problem I encounter many times on the helpline…the rep leaves (not just in PP’s case but in many other companies as well) but your only point of contact is that rep. Some companies are better than others in ensuring that there are appropriate messages when you try a phone line or an email to someone who no longer works for the company.

Happily Forecourt Trader’s helpline knows how to remedy this; we are here to, erm, help.

Signalling the way to EV success

How’s the phone signal in your area? If you trade say, in North Yorkshire, the signal might be dodgy and so you might not be in the ideal location to invest in EV charging. Why they couldn’t make the equipment to just let customers swipe a debit/credit card is beyond me but apparently you need a smart phone app. I read that specifically smart means that all EV charge points must be network connected so they can receive and respond to instructions sent to them, to be able to react to information received, by adjusting the rate of charging to your electric car.

According to the Sunday Times, Boris Johnson has asked Ofcom, the telecoms regulator, to publish maps which will warn motorists when charging stations are in mobile black spots or ‘not spots’ where one or more of the four UK networks – EE, 02, Three and Vodaphone – does not work.

The newspaper reported that a survey found there was a problem along more than 20 per cent of the length of A roads and B roads in 22 local authorities.

Now here’s a thought. If you are in a poor phone reception area, could you ring up the phone company and suggest a mast on your forecourt? But would that solve the problem? Sometimes EE can’t get a signal while Vodaphone in the same area can, and vice versa and so on.

As always, it seems to me, to be technology – or those who own the technology – dictating to those to whom they claim to be offering a service. If anyone can explain this technology to me, please get in touch.