Retailers have been vindicated by the government’s competition watchdog but the entire road fuel market is set to come under much greater scrutiny. 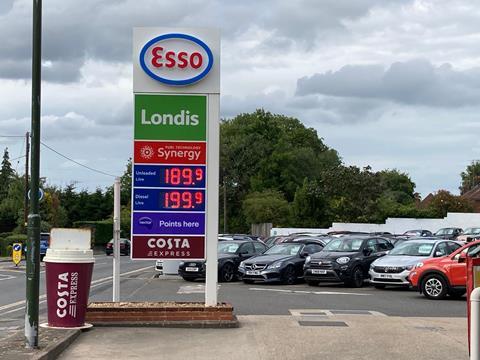 The government’s competition watchdog has cleared retailers of profiteering after a review of the road fuel market, but has still ordered an in-depth investigation after it found “cause for concern in the growing gap between the price of crude oil when it enters refineries, and the wholesale price when it leaves refineries as petrol or diesel”.

It reported that the 5ppl cut in fuel duty in March was passed on by retailers, that their average margins remained stable over the past year, and that the retail market appears to be competitive.

But the urgent review by the Competition and Markets Authority (CMA) of the road fuel market, requested by business secretary Kwasi Kwarteng last month after a surge in prices, concluded: the main drivers of increased road fuel prices are the rising cost of crude oil, and a growing gap between the crude oil price and the wholesale price of petrol and diesel – the ‘refining spread’; the ‘refining spread’ tripled in the past year, increasing from 10ppl to nearly 35ppl; over the same period, the so-called ‘retailer spread’ (the difference between the wholesale price and the price charged to motorists) fluctuated but remained about 10ppl on average; on the whole, the fuel duty cut appears to have been implemented, with the largest fuel retailers doing so immediately and others more gradually; and there are significant differences in price between many rural and urban areas.

The CMA said that in light of the concerns found and the urgency of the situation, it had launched a market study that will examine the road fuel market in more depth. An interim update will be published in the autumn.

The CMA was also asked to advise on possible measures “to increase the transparency that consumers have over retail prices”. The review sets out how an open-data scheme could help consumers more easily access and compare local pump price information. It added that there may also be merit in providing more information about pump prices on motorways.

The CMA report found that the dollar-terms increase in oil prices over the past year accounts for around a third of the rise in road fuel prices (20ppl), with the fall in the value of sterling in that period adding a further 12% (7ppl). It said the growing gap between the price of crude oil entering refineries and the wholesale price of petrol and diesel leaving them accounts for just over 40% of the growth in road fuel prices (24ppl). Both increased demand post-Covid-19 recovery and reductions in supply (in particular due to the Russian invasion of Ukraine and the mothballing of refining capacity during Covid-19) appear to have played a role in driving up the refining spread.

It added: “Although there are concerns from some about fuel retailers profiting from the current situation, our review finds that over the course of a year, the gap between wholesale prices and retail prices (the ‘retailer spread’) has not been a significant contributor to the overall rise in pump prices.

“The retailer spread is volatile, and the CMA is aware that in recent weeks it has grown larger. The CMA will be monitoring this closely as it takes forward the market study. Further analysis of the relationship between wholesale and retail prices – including how rises and falls in wholesale prices are reflected at the pump – will be carried out as part of the CMA’s market study.”

Sarah Cardell, CMA general counsel, said: “On the whole the retail market does seem to be competitive, but there are some areas that warrant further investigation. These include finding out whether the disparities in price between urban and rural areas are justified.”

The PRA said it was reassured by the findings of the CMA’s Road Fuel Review, which reiterated that there is no evidence that retailers have profited from failing to pass on the fuel duty cut.

Gordon Balmer, executive director, said: “In recent months we have seen motoring organisations and politicians attempting to scapegoat petrol retailers. This report exonerates them and leaves unanswered questions about the extent to which these critics understand the retail fuel market at all.

“The PRA will continue to invite politicians, campaign groups and motoring organisations to educate themselves better about the market. We hope the CMA’s market investigation will lead to a more grown-up debate about how to achieve the best prices for drivers.”

ACS chief executive James Lowman said: “We are pleased that the CMA have acknowledged that retailers did pass on the duty rate cuts to drivers even when wholesale prices were rising. We will continue to engage with the CMA in their formal market study into the fuel market.”

A UKPIA spokesperson said: “The initial review was undertaken at speed and the CMA had already indicated a full investigation might follow in its initial response to the secretary of state, so we will continue to work constructively with the CMA and government to fully understand the issues which have been identified.

“At a time when the cost of living is rising, UKPIA understands that recent price increases at the pumps will be a concern. As the findings of the review show, the UK typically benefits from a competitive domestic supply chain and prices tend to be most affected by changes in crude oil prices and other supply and demand factors, which have been particularly volatile in 2022.

“Tax is also a significant cost, which accounts for a large proportion of the pump price. We would note that when fuel duty and tax is excluded, UK petrol and diesel prices have been consistently among the lowest in Western Europe.”

RAC fuel spokesman Simon Williams said: “We are particularly pleased to see that the CMA acknowledges the gap between wholesale and retail prices has been widening in recent weeks. Regardless of the reasons for wholesale prices being what they are, we continue to believe there is clear evidence, not least in the last week, that major retailers are incredibly slow to pass on falling wholesale costs, yet quick to pass on rising ones. The idea of allowing drivers to more easily compare pump prices near them may also prove beneficial. The question drivers may have, however, is how long the review will take and when they might see a change to what they pay every time they fill up.”

People who remember the last inquiry into the road fuel market, and how long it took, will be very surprised if there is any quick action as a result of this one.

The cycle of inquiries

Investigations into the road fuel market are nothing new. When it completed its most recent investigation in 2013, giving it a clean bill of health, the Office of Fair Trading had been averaging about one every decade since the 1960s. In between these investigations small groups of MPs and activists will regularly get agitated about prices, or ministers like transport chief Chris Grayling will get excited about motorway fuel prices and signage, or business secretary Kwasi Kwarteng will claim retailers did not pass on a cut in fuel duty, and all the media coverage will slowly build up pressure for another one. With prices shooting up to record levels, it seemed inevitable that another one would be held, and just as inevitable that retailers would again be given a clean bill of health. But this time it’s different. It was the Competition and Markets Authority (CMA) that carried out the investigation, and it was an “urgent review”. This means we are nowhere near the end. Although all the media allegations against retailers were proved false, the CMA was not happy about other areas of the supply chain and has launched a market study that will examine the road fuel market in more depth.