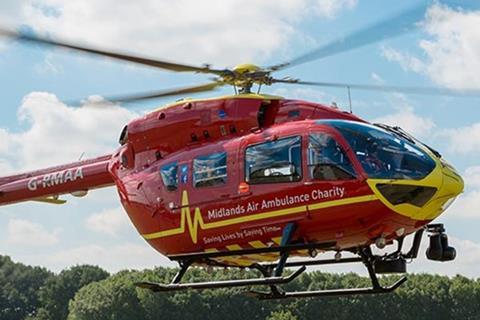 Staff at an Essar petrol filling station have been praised for their actions after a man was seriously injured in a fire on the forecourt at Cheadle, Staffordshire.

Firefighters were sent to Brookhouse filling station at 4.59pm on Tuesday, July 27, after reports of a man and a car on fire.

Two crews from Longton attended the scene, with the first crew arriving at 5.11pm.

A spokeswoman for Staffordshire Fire and Rescue Service said: “The fire had been extinguished prior to the fire service’s arrival.

“Firefighters took over the delivery of first aid to a male casualty prior to the arrival of the ambulance service. The casualty was later taken by air ambulance to hospital in Manchester.

Fire investigator Gary Fox, who attended the scene, said: “Though an investigation is under way, it is our understanding that there are no other persons involved.

“The prompt action of filling station staff in isolating the fuel pumps limited the extent of the fire.

“They also used sand and a dry powder extinguisher to put out the fire.

“Their swift and decisive actions, along with those of members of the public, also greatly assisted the casualty and reduced the potential risk to others in the vicinity.”

Two air ambulances were also sent to the scene. A spokeswoman for West Midlands Ambulance Service said: “We were called to an incident on The Green, Cheadle at 5pm on Tuesday, July 27.

“One ambulance, a paramedic officer, the Midlands Air Ambulance from Staffordshire and the Derbyshire, Leicestershire and Rutland Air Ambulance attended the scene.

“On arrival we discovered one male patient who had suffered serious burn injuries. He received specialist trauma care at the scene before being airlifted to Wythenshawe Hospital for further treatment.”

Staffordshire Police were also called to the incident. A spokeswoman said: “A man was seriously injured following a fire at a petrol station in Cheadle.

“Police were called at 5.10pm on Tuesday, July 27 to reports of a man and a car on fire at a petrol station on The Green.

“The man, believed to be in his 30s, has been taken to the hospital in Manchester by air ambulance with life threatening injuries.

“Officers are investigating the circumstances but believe no one else is involved.

“Local roads were closed until the air ambulance left the scene at approximately 6pm.”

Anyone with any information should message Staffordshire Police on Facebook or Twitter quoting incident number 483 of 27 July or call 101. Alternatively they can contact Crimestoppers anonymously on 0800 555111.