MONEY TALK: It looks like we can expect a very hard winter…

From what’s going on all around us at the moment, it looks like we can expect a very hard winter 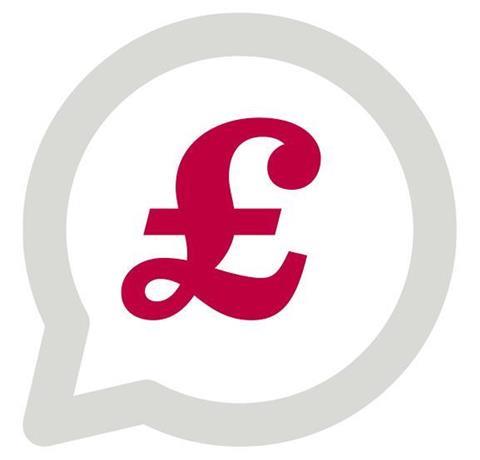 It wasn’t supposed to be like this. For the best part of the past 18 months, we’ve all become accustomed to the idea that when the Covid pandemic was over, we could go back to ‘normal’.

That now seems like an illusion, with constant warnings in the media about what we should expect as the year draws to a close: low or unavailable supplies of everything from soft drinks, through food and any sort of consumer goods you care to name, to gas and even electricity supplies.

And, of course, fuel shortages at petrol forecourts. Now nothing can be more certain of causing consumers to go out and panic-buy than some government minister putting out a statement telling them not to do so – as was proven within hours of some BP and Esso sites closing because of delivery problems in September. For an industry where even the ‘official’ statistics said that fuel volumes had only recovered to ‘92%’ of pre-Covid levels, despite the summer staycation, any sort of disruption to supplies is bad news: you can’t sell what you haven’t got.

If that wasn’t bad enough, we’re still seeing forecourt fuel prices at very high levels across the country (with the prospect of further increases on the way), inflation (as measured by the Consumer Prices Index) hitting 3.2% in the year to August – which is the largest increase since the index was introduced in 1997, and any number of domestic energy suppliers going bust because of the dramatic hike in wholesale gas prices.

It’s against this background of unrelenting economic gloom that Chancellor Sunak will be delivering his Autumn Budget on October 27.

Somewhere in his mind is likely to be the thought that this was supposed to be the start of the government trying to recover some of the billions of pounds that it has spent since the start of the pandemic. And so even before the ‘Budget’ they’ve already hit both employers and employees with an increase of 1.25% in National Insurance contributions (from April 2022) to ‘ease pressure’ arising on the NHS because of Covid. This increase will then morph into a Health & Social Care Levy from April 2023, which is intended to try and cover some of the costs of the ‘demographic time-bomb’ – in other words, the population is ageing and social care costs are rising dramatically. And lest anyone forgot, this was a government that stated in its 2019 election manifesto that there would be no increases in National Insurance.

With that ‘biggie’ already out of the way, presumably the Chancellor will still have the good old regulars of Duty on alcohol, tobacco and fuel to play with in order to raise some more money. The only real difficulty here is that these three commodities figure quite prominently in the Consumer Price Index – and as noted above, that has seen quite a spike already, and if he raises any or all of these rates appreciably, they will cause further rises in inflation. The consequences of that could be quite serious: apart from raising pressure in terms of pay claims, pension and benefit rates, etc, any prolonged increase in inflation could trigger action by the Bank of England to try and reduce the rate – and their primary means of doing that is to raise interest rates. And that, apart from hurting borrowers in the wider economy, would also make the government’s own borrowing more expensive.

Still, unless Mr Sunak is tempted to really go for broke and actually increase VAT or Income Tax rates – or he channels his inner Gordon Brown and finds some sort of stealth-taxes that are too complicated for anyone except real economic experts to understand in the short term – his options are limited.

Not in his nature

For all of his apparent ‘generosity’ when launching numerous Covid-related government spending splurges last year, the Chancellor is someone not known for being in favour of vast and continuing state over-spending. It is said not to be in his nature, and apart from that it wouldn’t look too good on his CV when he eventually pushes himself forward to succeed Boris. He will want to raise revenue for the Treasury sooner, rather than later. There may be some scope with things like Capital Gains Tax, but it’s hard to avoid the expectation that any or all of alcohol, tobacco and fuel Duty will escape an increase at the end of October.

That alone would be bad news for the forecourt trade. Hopefully we won’t be seeing fuel rationing by the time you read this. The next couple of months are usually supposed to be peak-season for the retail sector as a whole.

If retailers can’t actually obtain deliveries of product to sell, and prices of what they can find are being pushed up while their potential customers face a cost-of-living squeeze all around, this promises to be at best a very flat ‘peak-season’ for retail, and at worst another crisis one – in fact worse than 2020.