HFSS: the rules so far 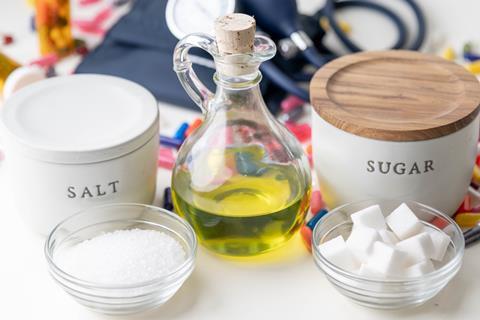 When it comes to the new HFSS (high fat, salt and sugar) regulations and whether he’s worried about them, Goran Raven who owns Raven’s Budgens in Abridge, Essex, answers “yes and no”.

He explains: “I’m not too worried at the moment because no one seems to know what is really going to happen however, when it does happen I don’t think it will be good for us.”

Goran says Budgens hasn’t been able to help yet because of all the uncertainty as they don’t want to pass on the wrong information.

Like most forecourt shops, Goran’s has a run of confectionery en route to his tills but he has already made a change there ready for the new regulations: “We’ve been a bit cheeky and put in a Tango Ice Blast machine because the product is sugar-free and therefore exempt from the HFSS rules.”

As for the HFSS rules and what we know so far, on the government website its says restrictions on the placement of ‘less healthy’ products will come into force in October as planned. These will mean that high fat, salt and sugar products can no longer be promoted in key locations, such as at the checkouts, store entrances and aisle ends.

However, the rules banning multibuy deals on HFSS products such as bogofs and ‘3 for 2’ will be delayed for a year. The government says this delay is in response to the ‘unprecedented global economic situation’. Public Health Minister Maggie Throup said pausing restrictions on deals like bogofs would allow the government to understand the impact on consumers.

In addition, restrictions banning HFSS ads on TV before 9pm and paid-for ads online will also be paused for a year, meaning they come into force in January 2024. The government says this is due to a delay to the Health and Care Bill receiving Royal Assent, as well as a growing recognition that the industry needs more time to prepare.

The Association of Convenience Stores has a guide on the HFSS regulations available on its website, as well as a FAQs document, which are both well worth a read.

The HFSS rules are part of the government’s commitment to reduce obesity. Another anti-obesity initiative saw a new law on calorie labelling in large restaurants, cafes and takeaways come into force recently. The government will also be launching the Better Health: Rewards scheme in Wolverhampton later this year to test whether financial incentives can support adults to ‘move more and eat better’.

Forecourt stores have traditionally been known as the place to grab a sausage roll or other pastry snack but the sector has made a concerted effort to include more choice, whether that’s fresh fruit, protein bars or juices and smoothies.

Goran says that amongst his customers, shopping/eating habits are changing very slowly meaning high fat/salt/sugar products are still most popular.

“We have tried to stock healthier lines but it’s not easy as there is limited availability at sensible prices. Healthier items seem so much more expensive mainly because they are made by smaller manufacturers who have higher costs,” he says.

Meanwhile, many of the larger manufacturers are racing to bring non-HFSS products to market. For example, biscuit company pladis has reformulated its Go Ahead Fruit Slices so they have less sugar and salt, but more fibre. This means each individually wrapped portion contains just 54 calories. The company has also announced a reformulation of Twiglets with the savoury snack now containing 60% less salt to ensure it sits outside the HFSS restrictions. 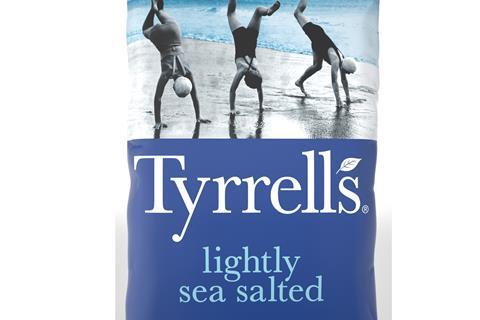 And KP Snacks has reformulated its Tyrrells Lightly Sea Salted and Hula Hoops Puft range to ensure they are non-HFSS. “We are committed to supporting retailers as we approach the introduction of HFSS legislation in October and reformulating and launching tasty non-HFSS products is just one way we’re doing this,” said Matt Collins, trading director at KP Snacks.

In addition to the reformulations, KP Snacks is introducing product cases stamped with a non-HFSS flash. These are designed to make it easier to navigate wholesaler aisles and locate products free from restrictions on positioning and promotions. The new product cases are being launched across KP Snacks’ leading non-HFSS brands including popchips, Hula Hoops Puft and KP Nuts.