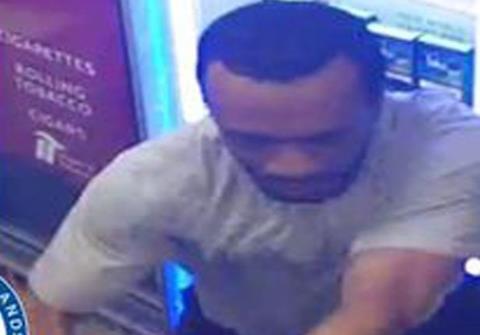 Police have released CCTV footage after a cashier at a forecourt was attacked by a customer and left with two head wounds requiring 14 stitches and bruising to his face, body and arms.

The incident happened around 7.15pm on March 14 and police are asking anyone who recognises the man to contact them.

In a statement, West Midlands Police said: “We’ve launched an appeal for information after a cashier was assaulted and threatened with a knife at a petrol station on Pershore Road, Birmingham

“The suspect entered Esso in Selly Park at around 7.15pm on 14 March.

“He picked up a bottle of spirits and a can of beer and tried to leave without paying. When challenged by a cashier, he launched into a violent attack.

“The cashier attempted to detain the suspect until police arrived but was hit over the head with a glass bottle multiple times before being threatened with a knife.

“The victim has been left with two head wounds, one requiring fourteen stitches, as well as bruising to his face, body and arms.”

The statement added: “He’s been described as black, 5ft 5ins tall and around 25-years-old. At the time of the offence he was wearing a thick, black, winter jacket, a light colour t-shirt and a face covering. He spoke with a Birmingham accent.”