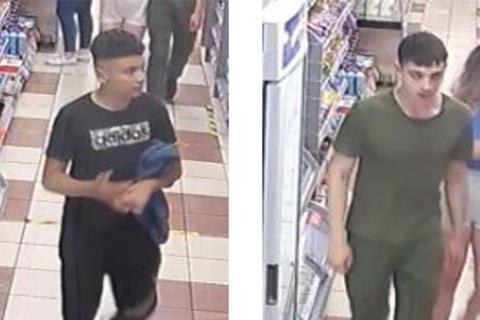 Detectives investigating the stabbling of a man at a Midlands petrol station have released CCTV footage of two men they would like to speak to.

Police were called to the BP petrol station, Upper Gungate, Tamworth, on July 20 at around 1.10am following reports of violence.

Officers attended and a 34-year-old man reported being assaulted by three unknown male youths. It is believed following a brief exchange with two men, the victim was attacked from behind by the third male youth.

The victim went to ground and lost consciousness. It is also reported two of the three youths kicked the victim while he was on the floor. The victim sustained significant injuries including a stab wound to the back and was taken to hospital for treatment.

Officers have reviewed CCTV footage and would like to speak to the men pictured in connection with the assault.