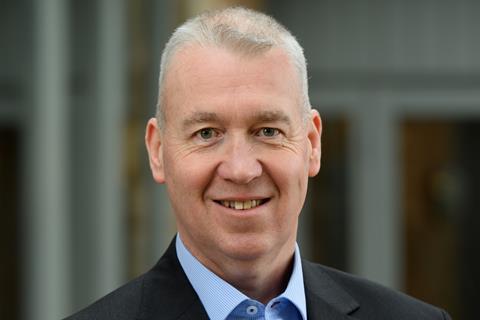 Business fuel consumption saw record post-lockdown growth in early August, with every sector of the UK economy enjoying its highest weekly increase at some point last month, according to the latest analysis by Allstar Business Solutions.

The company said the growth follows ONS data which revealed that GDP grew by 6.6% in July and suggests that this positive economic trend continued across the board until mid-August, when average fuel consumption peaked in the week commencing August 17 at 125% above the lockdown baseline.

Fuel consumption for August overall dropped by 4.4% compared to July 2020, due to the August Bank Holiday, but encouragingly, this is lower than the usual year-on-year fall in fuel use for the holiday month (down 9% from July to August in 2019). The long-term trajectory also remains upwards, with businesses travelling 1.06 billion more miles in August than June.

These findings come in Allstar’s latest Business Barometer Monthly Snapshot, which is tracking business mileage and credit card data as an economic indicator of recovery by sector.

Despite a slight slowdown in late July aligned with the start of the school summer holidays, fuel consumption continued to grow well into August. The week commencing August 17 was, on average, the most active for businesses on the road since the start of lockdown. Arts, entertainment and recreation witnessed a 407% increase in mileage – just days after government lockdown restrictions were eased for some leisure businesses. Manufacturing (161%), construction (141%) and financial services (106%) also saw their most significant post-lockdown growth during that week.

In comparison, hospitality and catering saw its largest weekly growth (211%) during the w/c  August 24, potentially due to people becoming increasingly comfortable with returning to restaurants towards the end of the ‘Eat Out to Help Out’ scheme. The same is true of wholesale and retail businesses (161%), while education saw its largest spike in business travel (258%) during the week commencing August 31, likely due to preparations for students returning to the classroom.

In line with the fuel consumption statistics, Allstar’s data on weekly business credit card usage also peaked in mid-August. The month saw an overall decrease of 6.7% compared to July, due to the Bank Holiday Weekend, but remained 7% higher than business expenditure in June. The most significant monthly spend increases were seen by customers in the social and personal services sector (22%), most likely due to the further lifting COVID-19 restrictions on such businesses. When reviewing where business expense spending is occurring, there was a 200% increase, month on month, on air travel; a 27% increase in restaurants and 13% increase in hotels.

Paul Holland, managing director  of UK Fuel at Fleetcor, Allstar’s parent company, said: “Although at first glance, seeing a drop in business fuel consumption in August may suggest a slowdown, this followed a sharp rise in June and July. The decrease in business travel can also be attributed to August traditionally being a quiet month thanks to the Bank Holiday weekend, as well as increased domestic and foreign holidays as some Coronavirus regulations were eased. Early indicators seem to suggest a stronger start to September as children return to school.

“It’s encouraging to see all sectors witnessing their highest weekly growth spikes during the last month; highlighting a continued hunger for businesses to get back on the road as the recovery continues. While the number of people on holiday clearly had a downward impact towards the end of the month, it doesn’t appear this will have a long-lasting effect.

“Our business expenses data also paints a picture of increased business and consumer confidence, with August seeing a 200% increase in month-on-month expenditure in air travel, a 27% rise in restaurant spend and a 13% increase in hotels. Air travel growth will no doubt remain at a low baseline over the coming months, but it will be interesting to see how business related restaurant spend will be impacted now Government’s ‘Eat Out to Help Out’ scheme has come to an end.”