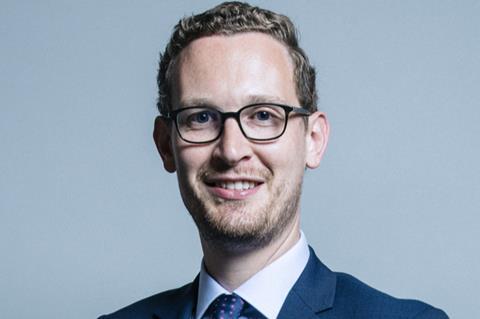 Plans to give the government sweeping new powers over the downstream petrol and diesel supply chain, including petrol stations, have been criticised by a cross-party committee of MPs.

In a report published today (Friday November 12), the Business, Energy and Industrial Strategy (BEIS) Committee was supportive of the government’s draft Downstream Oil Resilience Bill and its intention to protect fuel supplies, but warned that its powers are “unusually and unacceptably broad”.

The government’s intention for the draft bill is to empower ministers to pre-emptively give directions to the downstream oil industry – meaning the import, supply, storage, distribution and or retail of petroleum products – as a means of preventing disruption to the UK’s fuel supply chains.

The bill pre-dates the major disruption in the supply chain at the end of September, when many petrol stations ran out of fuel because of panic buying sparked by reports of a shortage of tanker drivers.

The draft bill was published in June and based on consultation with the industry dating back to 2017.

The BEIS Department says the bill is needed due to concerns that the industry, and UK supply lines, could face serious disruption as the economy moves away from fossil fuels during the Net Zero transition.

The BEIS Committee’s report explains how the committee is sympathetic to the Government’s arguments that such a bill is needed, and that existing legislation lacks scope for ministers to intervene pre-emptively to prevent an emergency before one starts to unfold.

However, the Committee notes concern at the breadth of some of the proposed powers and recommends that the bill be revised to narrow its scope.

Darren Jones MP, chair of BEIS Committee said: “Our committee is supportive of the government’s ambitions for this bill, which is designed to enable the BEIS Department to coordinate the actions of companies involved in the storage, import and transportation of the UK’s petrol products, in the face of risks to the resilience of supply.

“While the government is rightly concerned with reaching its target of net zero emissions by 2050, petrol products are likely to remain a vital part of the country’s energy supply as the transition to greener energy takes place over the years ahead.

“However, in our report we urge the government to heed the warnings expressed by the expert witnesses who gave evidence during our inquiry. The bill should be revised to include more detail about why, when and how these new powers would be used to ensure the legislation achieves what it sets out to do to ensure resilience in the downstream oil supply chain.”

The report recommends that the government’s intentions for the bill should be clearly explained on its face.

The report also argues that despite the government’s assurance that these powers would be used as a “backstop”, or “last resort”, the draft bill “includes no such qualification” on its face.

The committee says the draft bill is “unusually and unacceptably broad” and contains too much “vagueness” regarding how the direction and Information powers would be used.