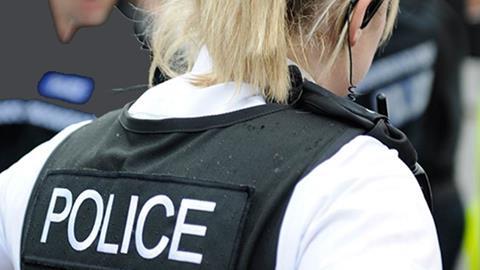 Detectives from Nottinghamshire Police are investigating after a man stole cash from a service station after demanding a staff member hand over bank notes from a till.

The incident took place the Service Station in Nottingham Road, Selston, at around 8.45pm on Sunday August 22.

It was reported that a man walked up to the counter and intimidated a staff member into giving him money. It is believed that a quantity of cash was stolen.

No one is reported to have been injured in the incident and detectives are now appealing for anyone with any information to come forward as soon as possible.

The suspect is described as white, around 30 years old, 5 foot 8 inches tall and of skinny build. He was reported to be wearing a blue / green hoody with dark coloured tracksuit bottoms.

He was also believed to be carrying a carrier bag that had blue handles that fastened together with Velcro in the middle and green leaves on it with a black background.

Detective sergeant David Prest of Nottinghamshire Police said: “This incident has left the victim incredibly shaken and we will be thoroughly investigating this report with the view of taking action against whoever is responsible.

“Robbery is not only financially harmful for business but it also can have a long-lasting psychological impact on people involved.

“It is totally unacceptable that someone would do this and I would appeal for anyone who has any information on what happened to get in touch with us as soon as possible.

“Any information you have, no matter how insignificant a detail you think it may be, could help us find who did this.”

Anyone who witnessed something can contact Nottinghamshire Police on 101 quoting incident number 748 of 22 August 2021.