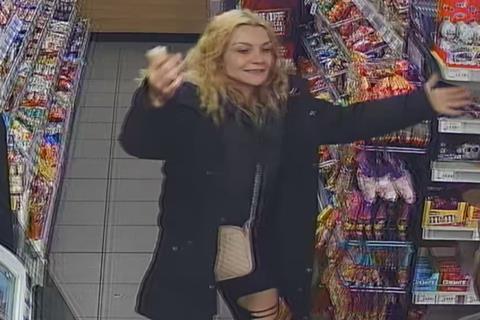 The incident happened at 8.15pm on Sunday 3 October 2021 at the BP service station in Longfleet Road.

It was reported that a woman selected a couple of drinks in the shop and tried to conceal them. When she was challenged by staff, the suspect damaged a Perspex screen after becoming verbally abusive toward them. She punched the screen with sufficient force to cause the screen to shatter, resulting in showering the cashier with plastic shards.

Police constable Jonathan Park of Dorset Police said: “I am now in a position to issue a CCTV image of a woman I would like to identify.

“Anyone with information about her identity is asked to contact police as this could assist our investigation.”

Anyone with information is asked to contact Dorset Police at www.dorset.police.uk, via email at 101@dorset.pnn.police.uk or by calling 101, quoting incident number 55210159761. Alternatively, they can contact the independent charity Crimestoppers anonymously online at Crimestoppers-uk.org or call freephone 0800 555111.