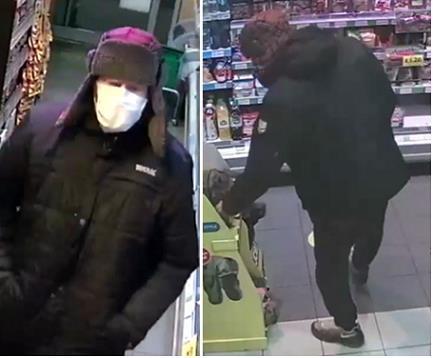 Hampshire Police has released CCTV images of a man its officers want to identify following an armed robbery at a petrol station in Eastleigh.

The attack took place at 10.35pm on Thursday 7 January at the Texaco petrol station on Southampton Road.

A man entered the forecourt store and approached the till, before producing a knife and threatening a member of staff. The cashier handed over a quantity of cash, and the man fled the scene towards the direction of Eastleigh town centre.

He is described as a white man, aged between 30 and 40 and of average build. He was wearing a red tartan patterned fur-lined hat, a black coat with white writing on the front and a logo on the sleeve, dark trousers and black and white Nike trainers.

Anyone who can identify the man, or was in the area at the time and saw what happened, or has dash-cam or CCTV footage that may help, is asked to call 101 quoting 44210007688.