PRA defends fuel prices as protestors take to the motorways 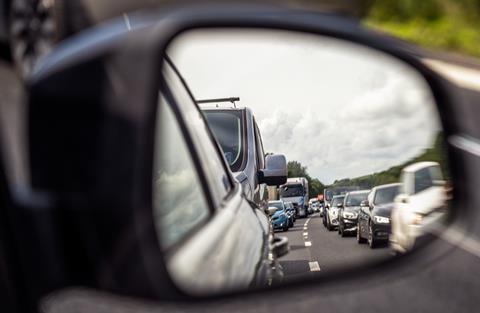 Tensions across the country are rising along with the high fuel prices as demonstrators took to many of the UK’s motorways today with ‘go-slow’ activity, demanding a cut in taxes to help contain costs.

The protestors, a social media-organised group called Fuel Price Stand Against Tax, have mainly targeted three-lane motorways, in a series of convoys at 30mph, leaving the outside lane free for traffic to progress.

The protest followed news of average petrol prices having crept to a new record of 191.53ppl at the weekend, while average diesel prices remain on the brink of £2 at 199.03ppl, just a fraction of its all-time high (199.09p – 25 June 2022), although some sites, particularly motorway services, have already breached the £2 mark.

RAC fuel spokesman Simon Williams said: “There doesn’t appear to be any sign that retailers are reducing their forecourt petrol prices despite average weekly wholesale costs having fallen for five straight weeks. The average cost of delivered unleaded was 145.7ppl last week which after adding 7ppl retailer margin and 20% VAT produces a price of 183p. Despite this, the big four supermarkets, which dominate fuel sales, are standing firm with a litre of petrol at their stores costing an average of 190.19p. We would love to hear their reasoning for keeping their prices so high in this instance, but we’ve never known them publicly defend themselves. Far too often it’s the smallest retailers, who sell far less fuel combined despite having more forecourts, that stand up for the industry.

“We’ve been lobbying the Government for months to take further action to ease the financial burden caused by record pump prices. It’s time to take action and announce a further cut to duty or to VAT to help hard-pressed drivers and businesses.”

Meanwhile, across the media, PRA executive director Gordon Balmer fought off accusations that while oil prices have come down, fuel prices at the pump are still going up, and that there was anything sinister behind this as far as his members were concerned: “We have lobbied the government, like the fuel protesters, to try and reduce fuel duty and also cut VAT as well.

”The high prices are not necessarily due the price of crude oil - it’s supply. If you look at what’s happening right now, you’ve got the Americans with their holiday weekend – Independence Day today of course – and demand is ratcheting right up in terms of gasoline, and supply is struggling to keep up with it.

“On Friday diesel went up 5.31ppl – that’s in one hit. We look at the reports from companies like JP Morgan and Goldman Sachs, and they are talking about further increases over the summer. So as far as product prices are concerned, it’s extremely volatile, and it’s very difficult for retailers to price in that scenario.”

He confirmed that all the while the situation continues between Ukraine and Russia, this situation will continue: “Unfortunately,  international events make it very difficult, and you can’t underestimate the dollar/sterling exchange rate. If you looked on Friday, I think you had one of the worst sets of data in terms of international trade from the UK’s perspective. The pound was at £1.19. We buy oil in dollars and sell it in pounds and that has a marked influence as well.

Comparing high pricing in the UK compared to other countries, he said: “You have to factor in that other countries have road charging as well, so there are different ways of paying for the roads. In the UK currently 45% of the pump price is tax, plus you get a tax on a tax, because you have VAT on top of the fuel duty as well.”

Howard Cox Founder of the FairFuelUK Campaign said the demonstrations were not just against the “record excruciatingly high petrol and diesel prices that rise each and every day”, but he also made accusations about the “sickening chronic manipulation of pump prices and the complete lack of scrutiny” by the Government, in allowing what he described as ”unchecked petrol and diesel profiteering” to run rife.

He said that with UK petrol prices currently 20ppl more than the average across 35 European countries and diesel 25ppl more, the Chancellor Rishi Sunak must cut Fuel Duty by at least 20ppl and introduce PumpWatch ”before the economy is ruined even more”.