New Covid-19 rules might look like they’ve put paid to sales growth, but one retailer we know is playing the ‘local’ card – and winning 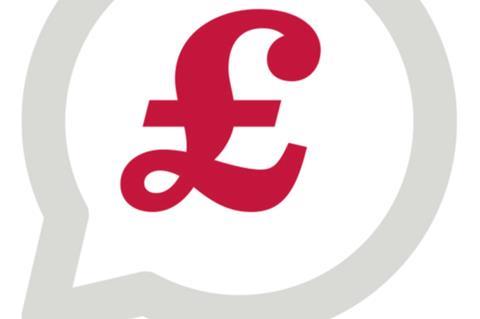 There had been a smattering of optimistic news – at least as far as the petrol retailing industry is concerned – in the last few weeks; overall fuel volumes showed apparently quite healthy increases during July and August, albeit that most of the comparisons seemed to be not against last year, but against the depths of April and May.

But to put that optimism into realistic perspective, we should look at some figures from the ONS (Office for National Statistics) where they compared year-to-date figures for the period January–August 2020 against the corresponding period from 2019. See table on the right.

Not exactly great figures unless you happen to own an online retailer – preferably one that doesn’t still carry the burden of expensive physical stores standing under-used, of course. However, one petrol retailer who’d already seen those figures did manage to put some optimistic gloss on them: yes, his fuel volumes this year were nearly 30% down on the corresponding period last year; but his non-fuel shop and forecourt sales were up by nearly 15% – and those were at higher gross margins than he made on fuel. In addition, the volume of physical cash handled at his sites had fallen by over 65% as customers had taken up contactless payments even for small purchases such as newspapers and tobacco, so he was currently seeing his cash handling and bank charges at their lowest in over 15 years.

As they say, every cloud has a silver lining.

Unfortunately, that may be all of the good news that we’re likely to see for a while – the previous figures refer to a period which ended in August.

As we moved into September, and schools and universities re-opened, those messages were rapidly replaced by a series of local restrictions in many large urban areas, followed by various ministers urging people to stay working at home again (not that many of those who had an option had chosen to go back to commuting anyway), pubs and restaurants faced with 10pm curfews, etc. At the time of writing, we’re seeing announcements that are maybe only one or two steps away from a return to the full lockdown of March and April – and comments from senior government officials that the public should expect this situation to carry on for the next six months.

Usually by this time of year the retail world would be in its familiar build-up to Christmas: with massive advertising first for Halloween, then Bonfire Night and Black Friday, leading up to the ‘Big One’. Let’s just say that all of that seems rather muted so far. Bear in mind that many retail (and hospitality) chains make over 50% of their annual profits in the three months to Christmas.

Presumably the grocers and online retailers will still manage to take something from this autumn, albeit perhaps less than in ‘normal’ years; but even without a return to full lockdown, the prospects for the hospitality industry in particular looked bleak even with only the limited restrictions under which they were operating in July. Fast forward to September and no gatherings of more than 30 people isn’t exactly going to make for a busy Christmas party season.

It’s no exaggeration to say that several million workers have retained their jobs (at least nominally) this summer only through various government support schemes. Many of those workers, across dozens of industries are unlikely to see any return to ‘normality’ for the foreseeable future.

It’s also not playing politics to say that the government appears to have no overall ‘plan’ for dealing with the situation – it makes reactive announcements on a daily basis, at best .

Under these circumstances, consumers are hardly likely to splurge the usual money on entertainment and gifts between now and the New Year.

As for petrol retailing, maybe we should take a leaf out of our optimistic retailer’s book: his view is that being local and trying to stock goods which customers want, but for which he might not usually have found space, have been important factors in retaining and even increasing the number of customers at his forecourts this year. Clearly most fuel retailers can expect to have to survive on lower fuel volumes for some time to come, and full-year profits will undoubtedly be lower than last year, but if they are sensitive to what local customers want there’s no reason why their shop sales have to fall – and as everyone has been telling petrol retailers for years, that’s where their real profits are expected to be made.