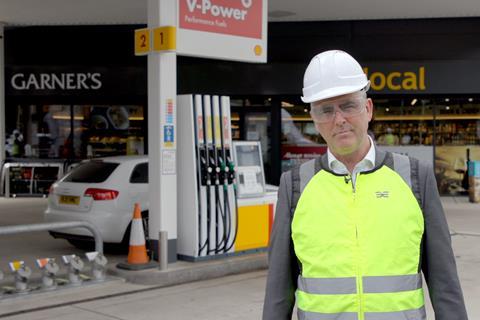 Bringing a knowledge of the independent sector amassed over 23 years, Michael will provide support to further strengthen Eurotank’s position in the forecourt industry.

O’Loughlin said: “I’m delighted to be appointed in a non-exec capacity to the Eurotank Service Group. Since moving to the UK in 2008 I have watched with admiration at how Eurotank has developed and strengthened and I’m really looking forward to my new role in supporting the business in whatever area I can.”

O’Loughlin’s forecourt career began in 1997 when he joined Petrogas in his native Ireland. There he spent 15 years on the board of directors, and from 2008 took the lead on the UK expansion strategy as managing director of Applegreen UK, where he successfully built up a portfolio of 80 new forecourts.

In 2017 Michael took on the role of managing director of acquisitions and business development at Motor Fuel Group, and this year he joined grocery retailer SimplyFresh as chief operating officer.

During his tenure at Applegreen UK he was voted Retail Champion by the readers of Forecourt Trader and served several years on the Association of Convenience Stores independents board.

Eurotank’s group managing director Edward Wheeler said: “We’re very excited to have Michael on board. We hugely value his experience in the independent sector, which is a key market for Eurotank, and we look forward to reaping the benefits of his contribution as we continue our growth strategy.”