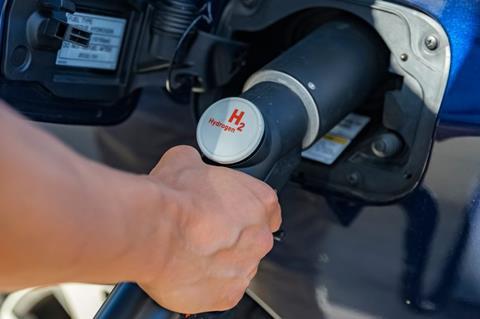 The role that hydrogen can play in helping London become net zero carbon by 2030 will be the focus of a project announced today by Britain’s largest gas network companies.

The partnership between Cadent, SGN and National Grid Gas Transmission will design a hydrogen vision for the capital setting out the potential benefits and opportunities to London and Britain.

The companies will work together to deliver a feasibility study for the transition of London’s gas network to hydrogen.

The study is the first stage of their Capital Hydrogen programme for the London and South East region, which comprises a series of projects that will last for 15-20 years. The transition to low carbon hydrogen will contribute to the Mayor’s commitment for London to be net zero carbon by 2030, as well as the wider UK government commitment for net zero by 2050.

The feasibility stage will identify how much hydrogen may be needed by London over the next 30 years, where it will be produced and stored, and how it will be transported to where it is needed. It will explore how the gas grid can play a role in the distribution of hydrogen both via blending in the existing network and working towards the delivery of 100% hydrogen via dedicated infrastructure.

The identification of hydrogen demand in the capital is also expected to stimulate production in nascent energy hubs such as at Bacton in Norfolk and Southampton, and the feasibility study will look at how gas networks can help connect production and demand.

The research will conclude in October 2022 and showcase views from key stakeholders, which will be gathered by the three energy companies over the next six months. The project is being supported by ERM and Element Energy.

SGN project manager Graham Cox said: “We’re thrilled to announce the launch of Capital Hydrogen, which represents a solid commitment by all our businesses to work in partnership to support our customers, London and the UK in becoming the global leader in decarbonisation.

“The vision will explore how much hydrogen may be needed in London across all sectors and how this will support London’s net zero carbon targets. It will put key stakeholders at the centre of decarbonisation, promote customer choice and protect the most vulnerable.”

Sally Brewis, head of regional development for Cadent’s London Network, said: “London is an extremely important part of the hydrogen story in the UK, because of the sheer size of its decarbonised energy requirements and because we believe that low carbon hydrogen will be a critical part of the energy mix. As well as creating the vision for hydrogen in London, the study will identify what steps we’ll need to take in order to achieve it, and describe some near-term practical schemes that will help kick-start the local hydrogen economy.”

Danielle Stewart, hydrogen programme manager at National Grid Gas Transmission, said: “We believe that hydrogen is an essential component of the energy mix on our journey to net zero, helping to decarbonise all sectors. This exciting and collaborative project will demonstrate the credible role that hydrogen can play in meeting the needs of domestic consumers, transport and industry in London, and the action needed to realise this vision.”