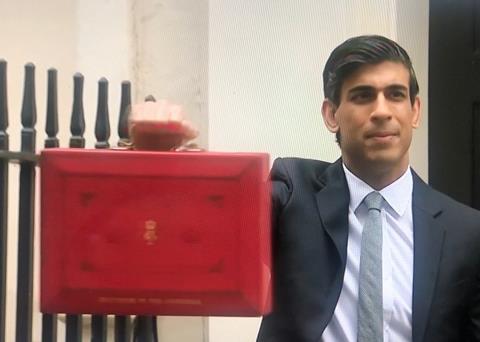 The PRA and RAC have both warned motorists not to expect an immediate drop in fuel prices after Chancellor Rishi Sunak announced a 5ppl cut in fuel duty will be introduced from 6pm tonight and will last for 12 months.

Introducing his Spring Statement in the House of Commons he said he wanted to help households cope with the rising cost of living and the duty cut was the first measure he announced.

He said it would help motorists with the rising cost of fuel, and he described it as only the second cut in fuel duty in 20 years and as the largest ever cut.

However, PRA executive director Gordon Balmer said the cuts did not go far enough, contrasting them with the 17p cut in the Irish Republic, and warned that motorists needed to be realistic in their expectations of when the cut will feed through to the pumps.

He explained PRA members are largely small, independent operators that are forced to respond to market conditions to continue serving their communities.

He added: “The Government’s fuel duty announcement is a step in the right direction, but it does not go far enough to ease the burden on motorists. Retailers are holding duty-paid stock which will be sold before the fuel duty cuts come in. To give the motorist an immediate discount at the pumps, the Chancellor would have to backdate the fuel duty cut to 1 March.”

RAC head of policy Nicholas Lyes said: “With petrol and diesel prices breaking records almost daily, and the cost to fill up a petrol car at over £92 and a diesel at nearly £100, we’re pleased to see the Chancellor has given drivers some much-needed relief at the pumps, but the reality is that a 5p cut in duty is something of a drop in the ocean.

“In reality, reducing it by 5p will only take prices back to where they were just over a week ago. With the cut taking effect at 6pm tonight drivers will only notice the difference at the pumps once retailers have bought new fuel in at the lower rate.”

He claimed that some retailers might absorb some or all of the duty cut themselves by not lowering their prices, and added: “Temporarily reducing VAT would have been a more progressive way of helping drivers as the tax is applied at the point the fuel is sold, removing any possibility of retailers taking some of the tax cut themselves to increase their profits.

“It’s also the case that the Treasury is benefitting hugely from the high fuel prices because of greater VAT revenue. The Chancellor is currently getting 28p a litre VAT on petrol and 30p on diesel – this of course comes on top of fuel duty as VAT is a tax on a tax.”

ACS chief executive James Lowman commented: ““The 5p cut in fuel duty will grab headlines and our members who sell fuel will be pleased to see this tax come down. Fuel retailers are paying price increases that far outstrip this tax cut, so we are likely to see higher than normal pump prices until global political and economic instability settles and the price of oil falls.”

Elsewhere in his statement, the Chancellor announced measures to help businesses including an increase in the employment allowance to £5,000 from next month and business rates exemptions for green investment being brought forward to next month (it was previously scheduled for 2023). This is coupled with previously announced measures such as the 50% business rates discount in 2022-23 for retail and hospitality businesses, and a freeze in the business rates multiplier in 2022-23.

Lowman said: “We welcome the Government’s focus on supporting energy efficient investment with a zero VAT rate. The UK’s post-Covid economic recovery and the objective of levelling up can only possibly be met by encouraging private sector investment through fiscal incentives and creating the right regulatory environment for businesses, wherever they trade.

“Support for members including the Employment Allowance increase and the previously announced 50% reduction in business rates will help, but both of these measures only give limited support to businesses operating a number of convenience stores who can only claim up to £110,000 in business rates relief, as well as only being able to claim the Employment Allowance for the business as a whole, not for individual stores.”

From April the employee National Insurance threshold will rise by £3,000 to bring it in line with the income tax threshold.

Lowman continued: “Our colleagues will be pleased to see the threshold at which they start paying National Insurance Contributions go up, so now many will not pay them at all. Mirroring this measure for employer NICs would have been a game-changing decision that would have helped thousands of small shops to counter high inflation and rocketing energy costs. Unfortunately most local shops are facing a cost crunch that some may not be able to navigate.”