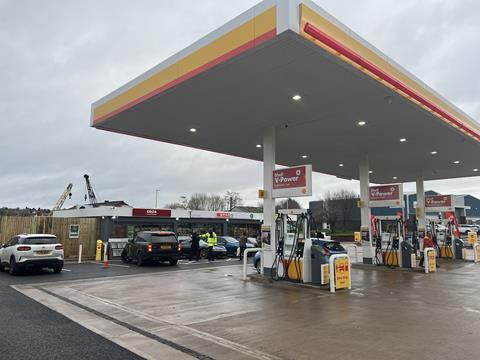 The site has been owned since 2004 by Top 50 Indie Subu Nanthakumar, managing director of Tankerford Ltd, who battled for 14 years to buy a piece of land from his neighbour, to make the new development possible.

“The strip of land next door was an eyesore, but the neighbour was reluctant to sell,” explained Subu. “It wasn’t about money.” But with the help of a property consultant he managed to acquire the necessary land in 2019.

Then came Covid which caused some delays, but finally the work began in February to raze the old Jet forecourt and 600 sq ft shop to the ground and rebuild, including new tanks, pipework and pumps. The work took nine months to complete.

“It is a big relief to be officially opening the site today,” said Subu, as he talked about the finishing touches, and the possibility of building a Starbucks or Greggs unit on the side. He is also excited about the potential of building the fuel volume back up to the former glory days.

“The site used to do 5mlpa, but that had declined to 1.5mlpa over the years due to lack of investment,” said Subu. “Most of my sites are BP and Texaco, but I think Shell will work well.”

Tankerford ranked at number 33 with nine sites in the last Top 5 Indies listing. In its previous financial year the company had acquired five forecourts and carried out significant improvements to all the sites. 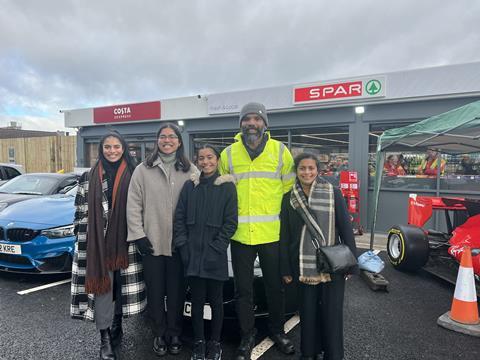 Mill Service Station opening - Subu with his wife Ghayethiry (right) and three of his daughters (l-r) Kayalvili, Vasavi and Sankavi